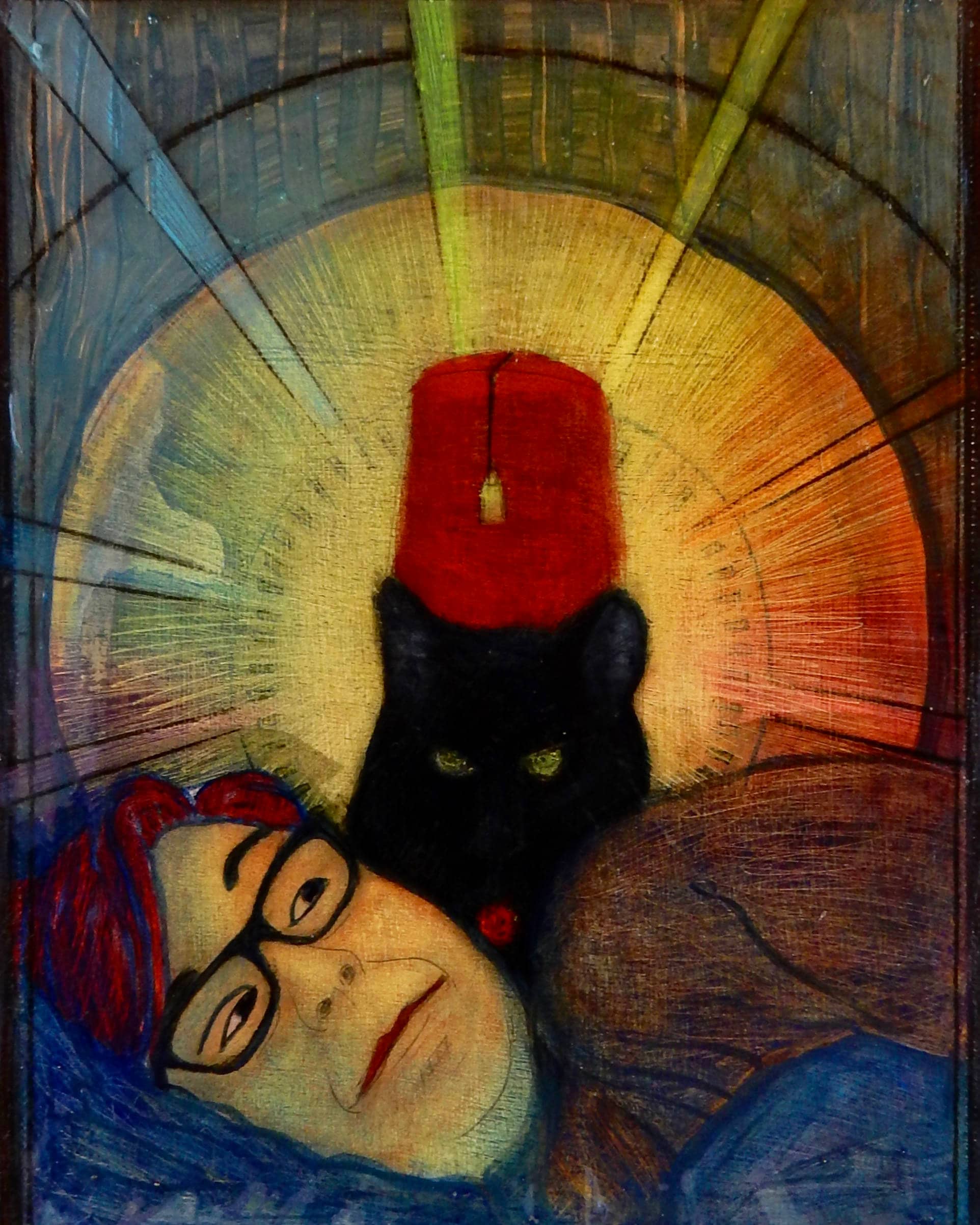 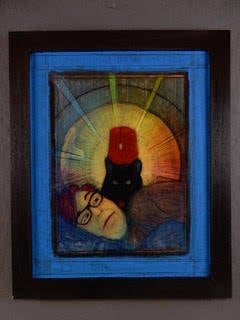 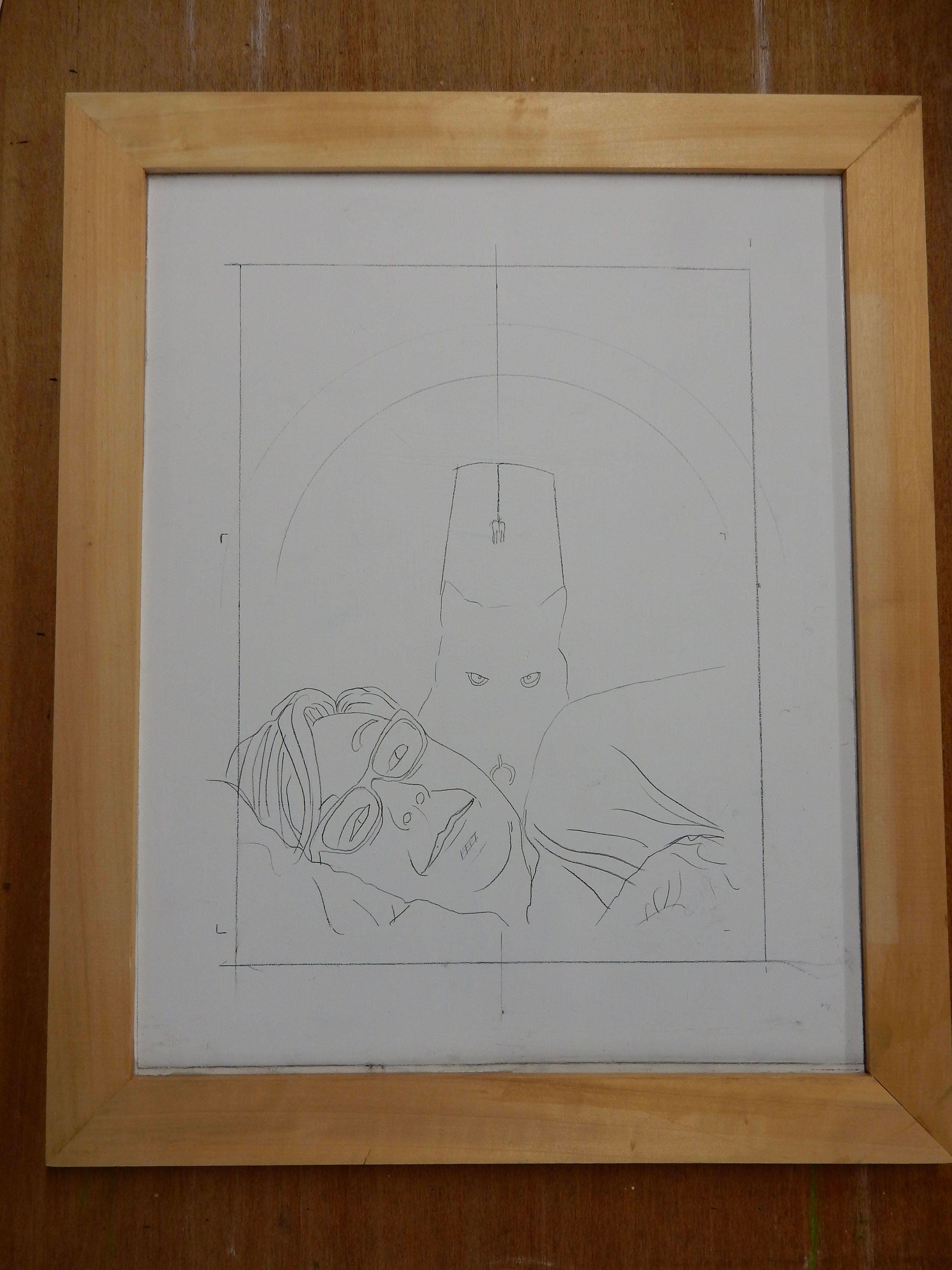 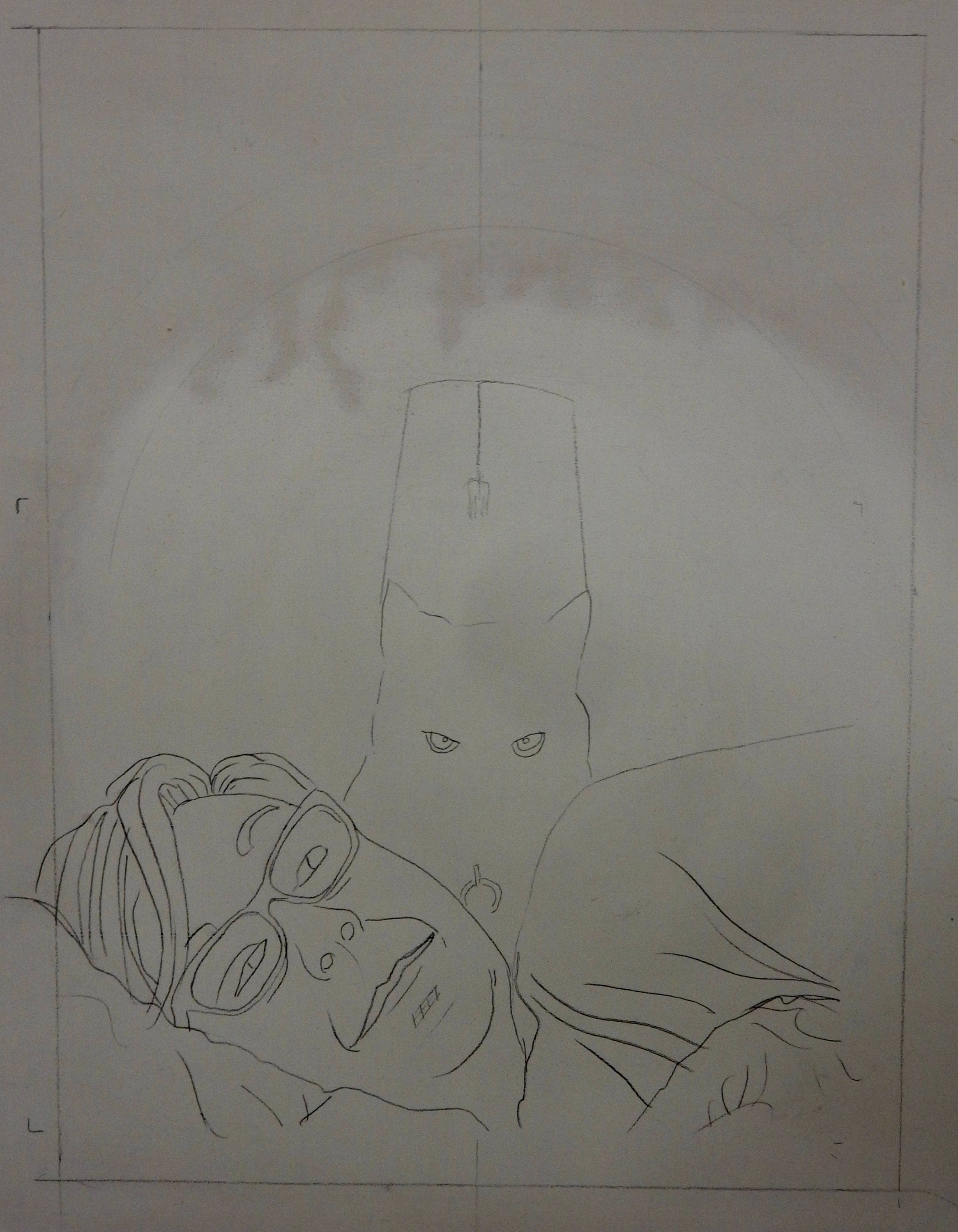 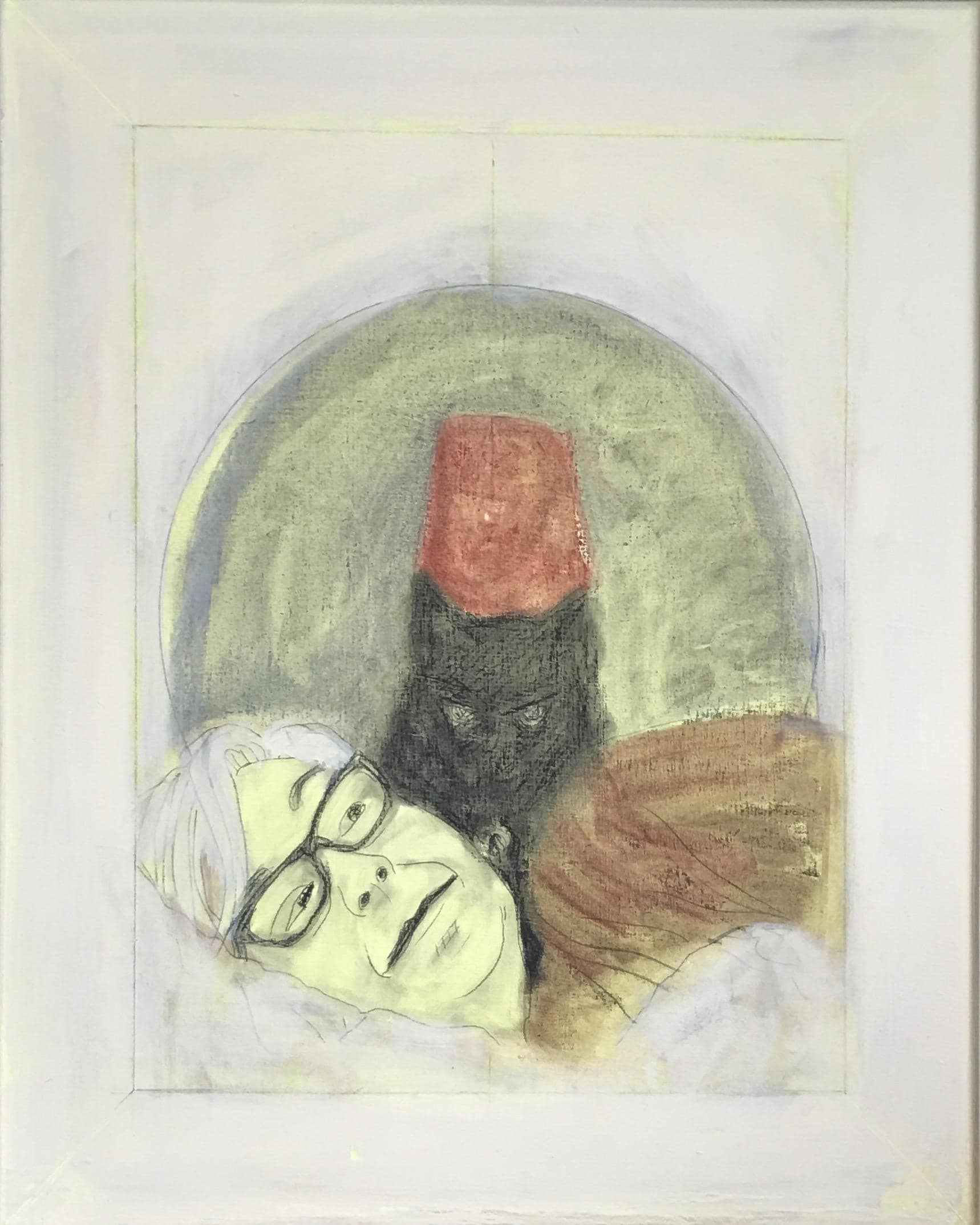 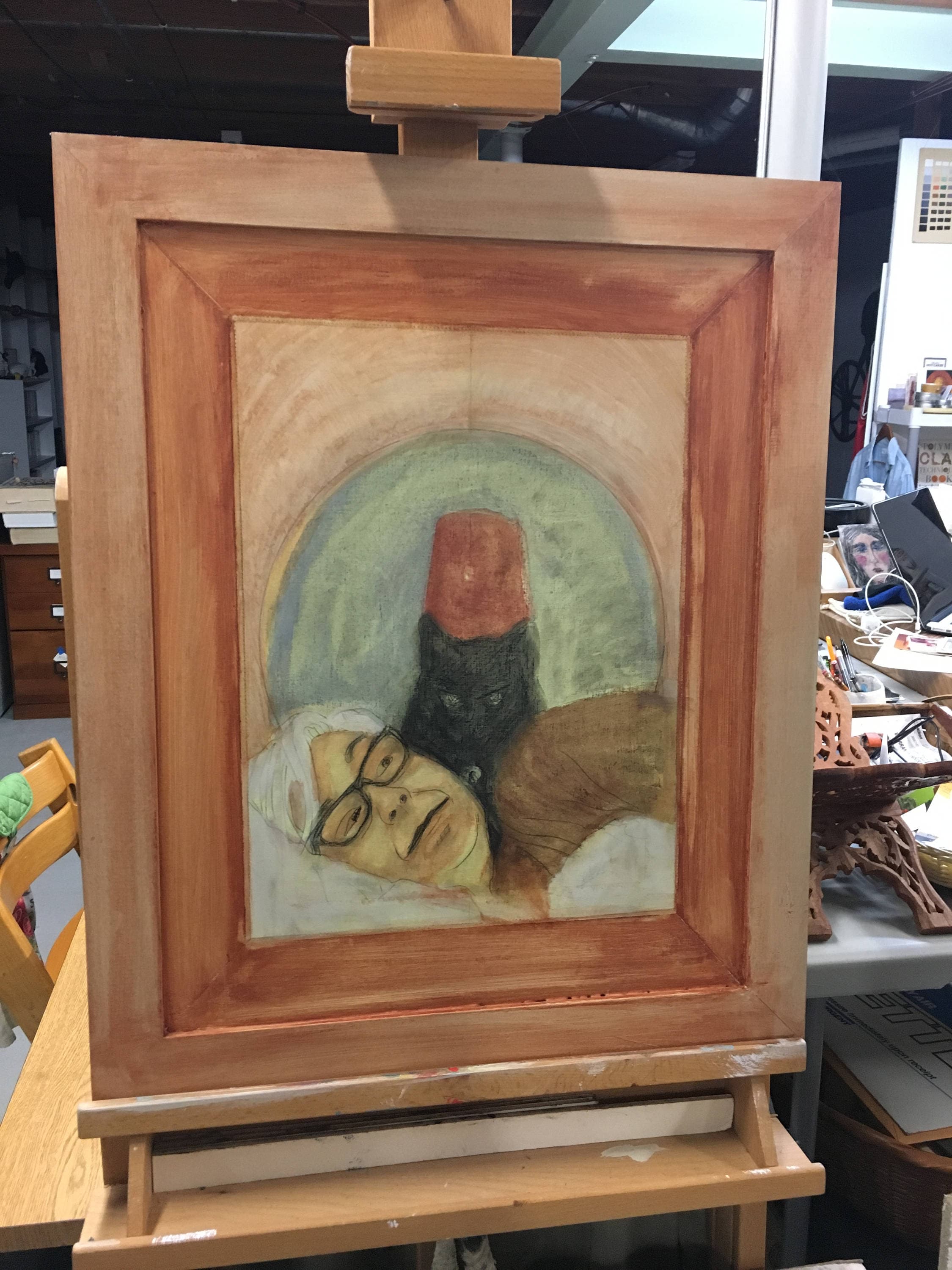 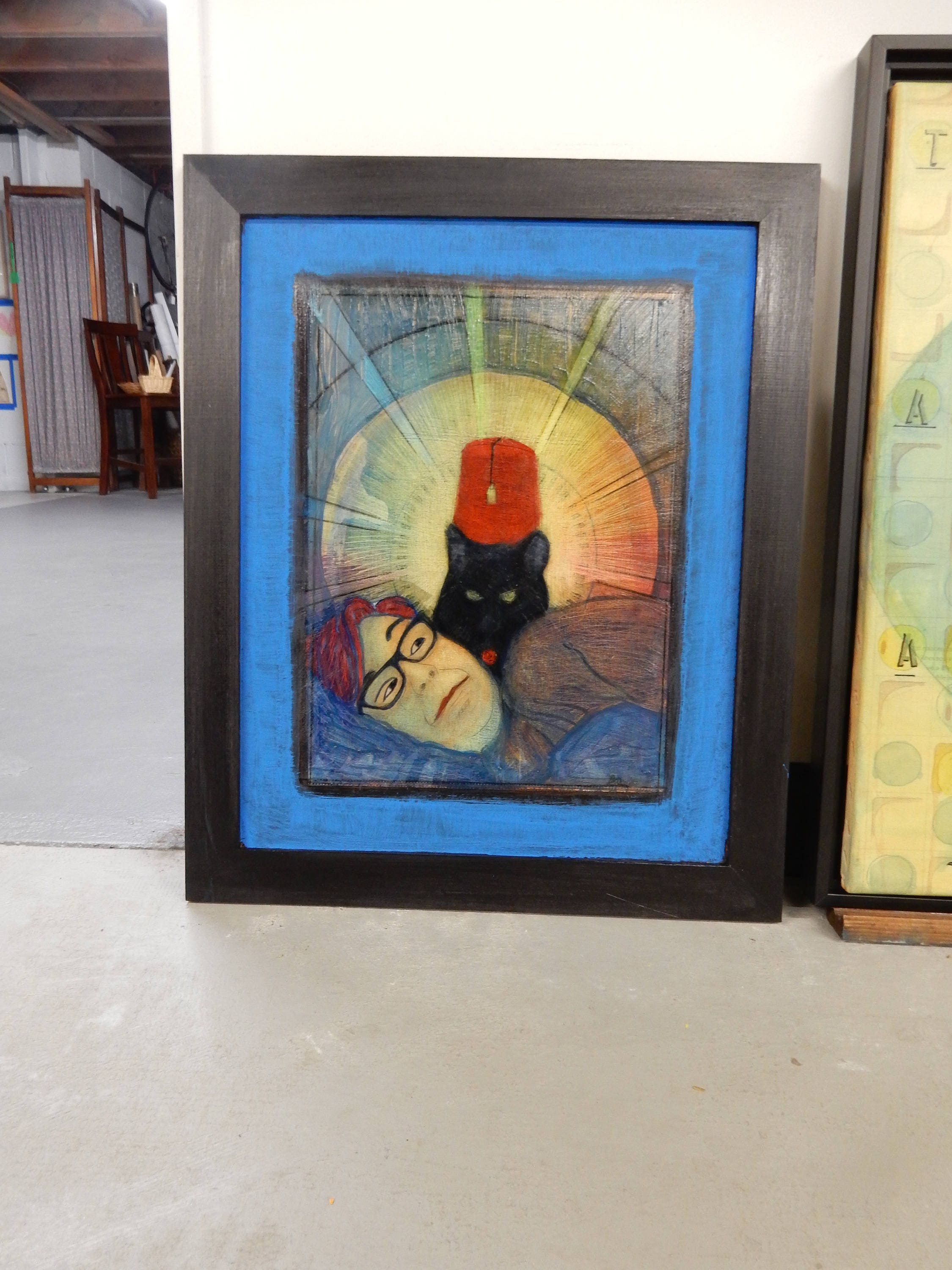 The original Fez Hat Cat painting was created with acrylic paint & oil pastel on a wood panel and framed in painted wood.

The story behind this painting is told by my friend, Wayne:
Barbara saw this photo image of Sandy and our now dearly departed Nuala that I posted on FB in March 2016 of our late girl cat climbing over Sandy's shoulder to read with her as she did a lot. But, in this framing, it looked like Nuala was wearing a lampshade, and giving me dirty looks that could rip bullet holes through my eyes. Barbara used that photo as an inspiration to do her own thing, that slowly evolved to what you see today with Nuala wearing a fez. After trying to sell this awesome piece at an art show and coming up empty, Barbara decided Nuala was in better hands with us. A piece of art that moves you is priceless. This is priceless to me. Thanks Barbara for keeping the love of our Nuala in our hearts and minds for the rest of our lives. Your art has the power to comfort, amuse and entertain all at once. Thank you again so very much...

My response: When I let my creative energy take me where it will, I never know where it will go. Sometimes it leads to healing. Sometimes it brings new discoveries. It's always an adventure. I had no idea Nuala was not long for this world when I created this piece. It belongs in the home of those who miss her.

✒︎ Tybo’s Tall Tales*: This painting is of a cat watching the human. This cat is glaring at the human while it sleeps, thinking of the things it wishes it could do for dressing it up in this ridiculous costume, AND forgetting to feed it.

*My 15-year old grandson’s summer job was to stock my Etsy shop. One of his duties was to write about my artwork :)

Your files will be available to download once payment is confirmed.