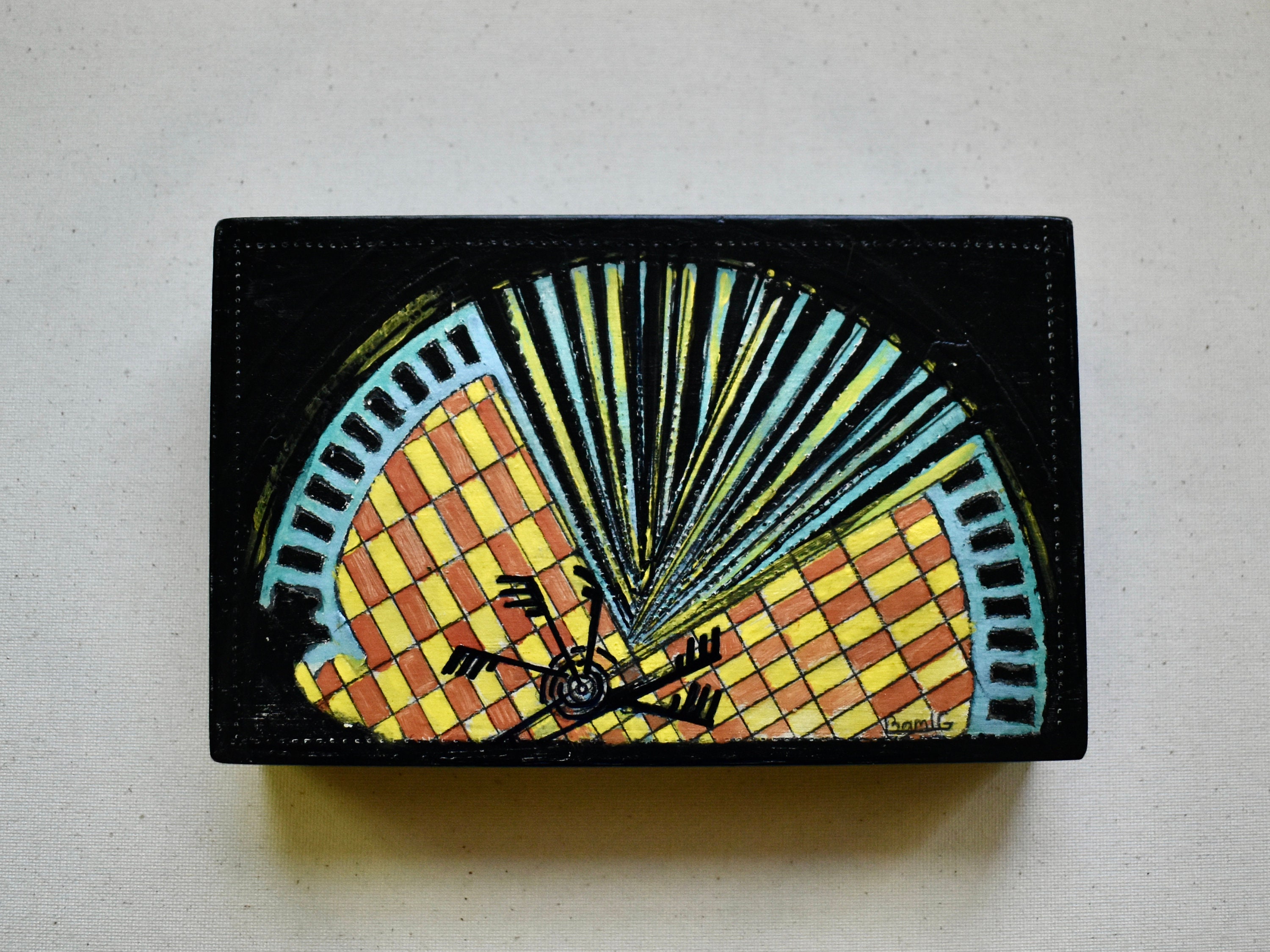 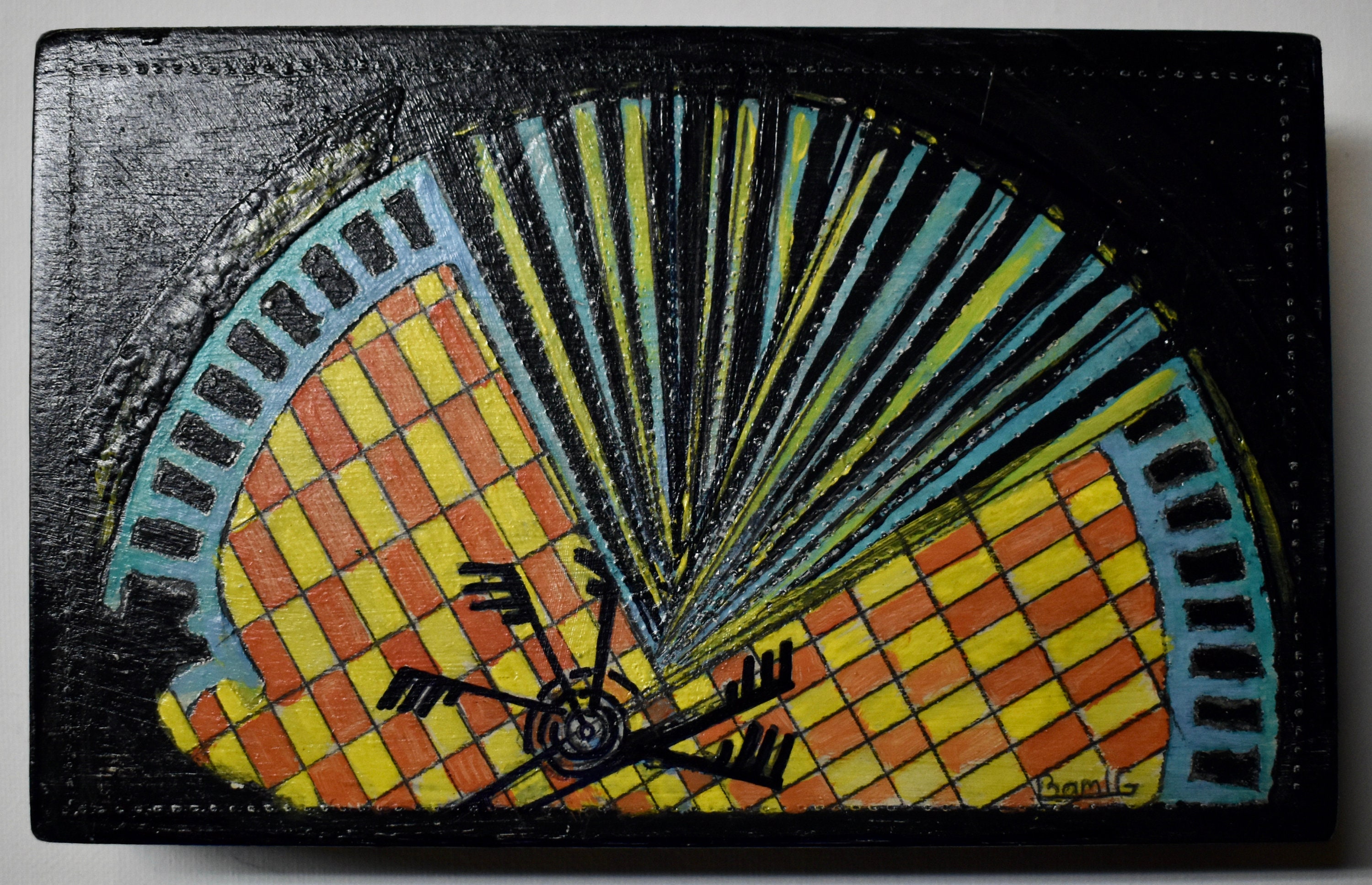 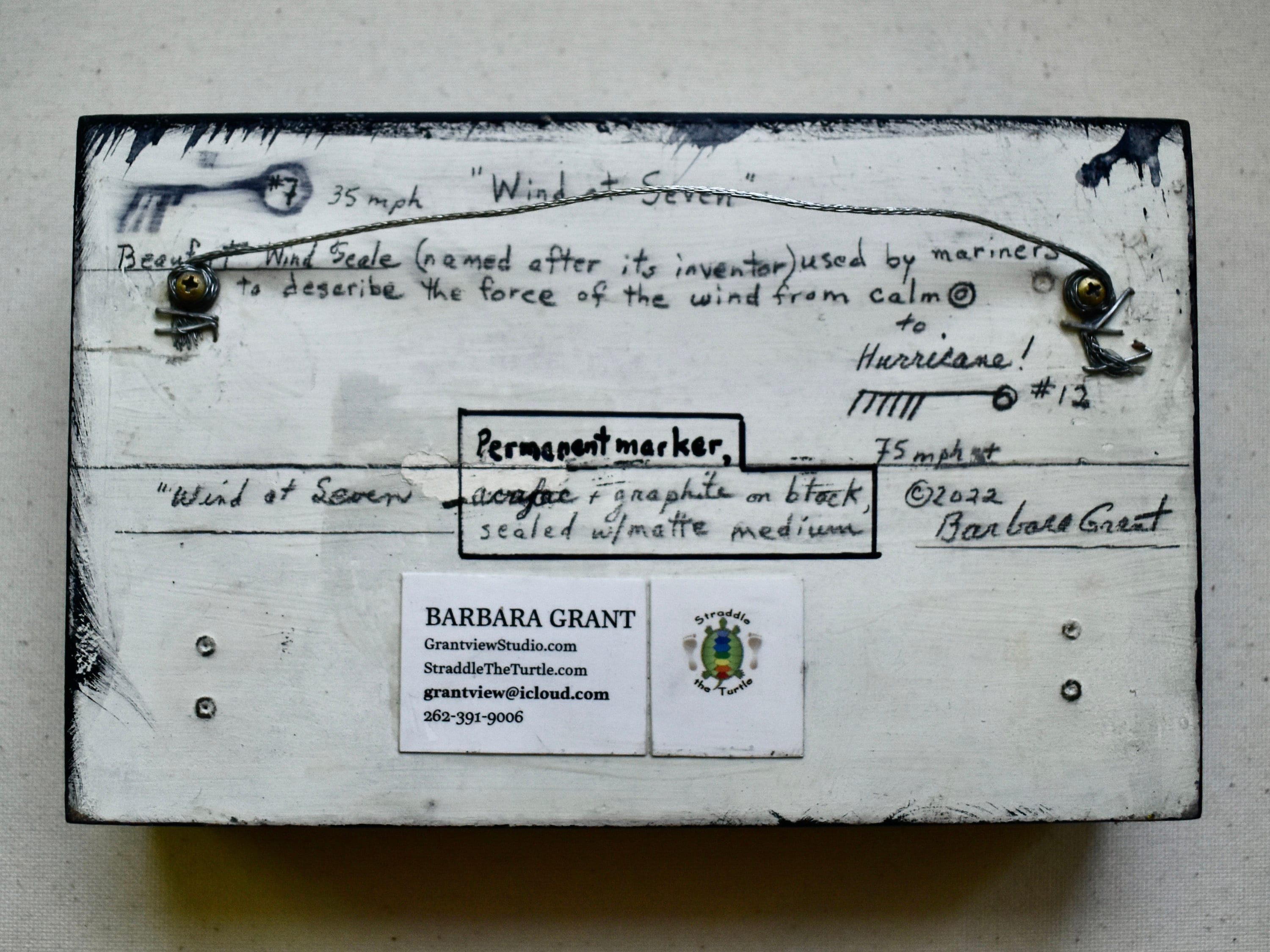 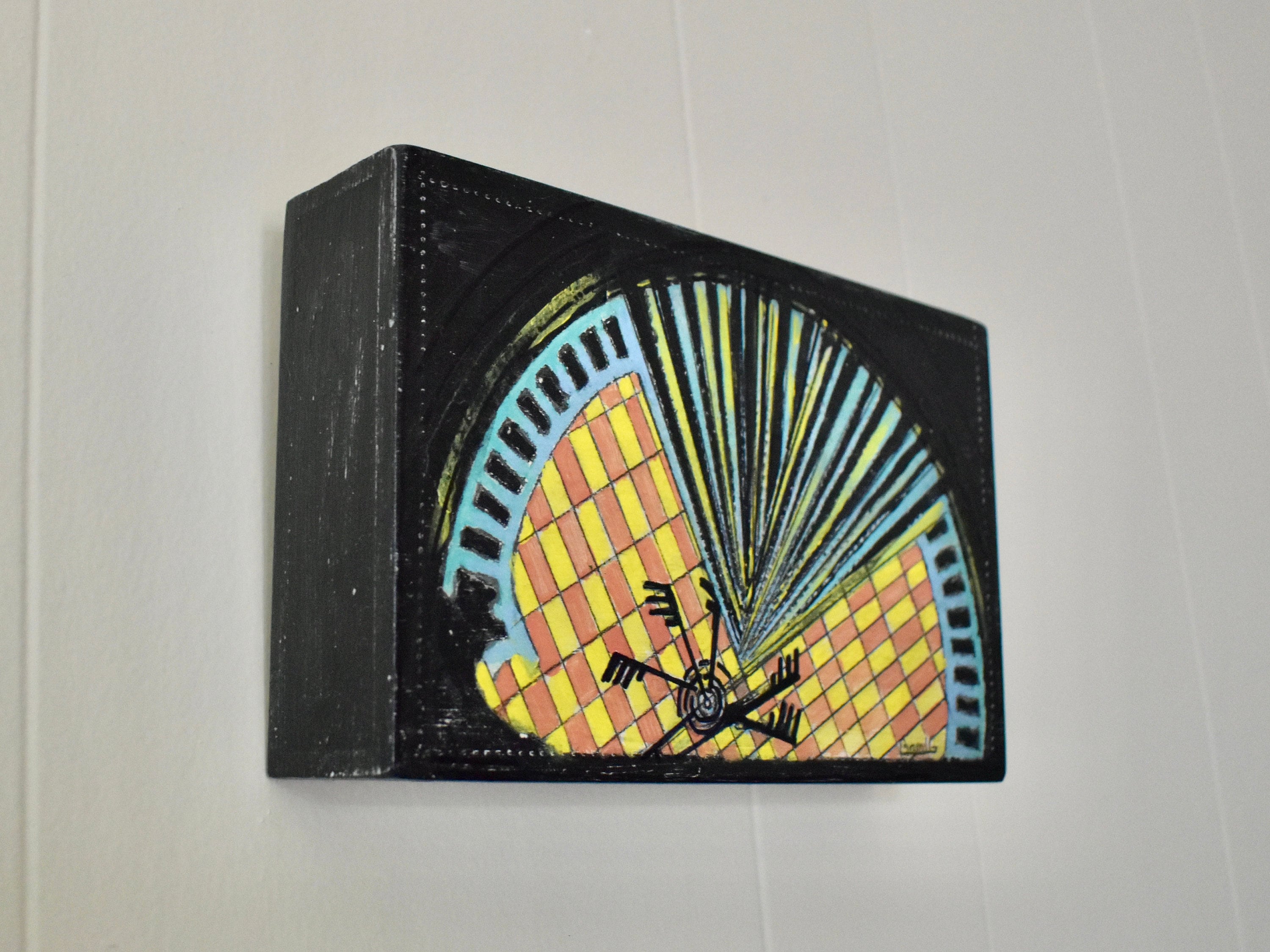 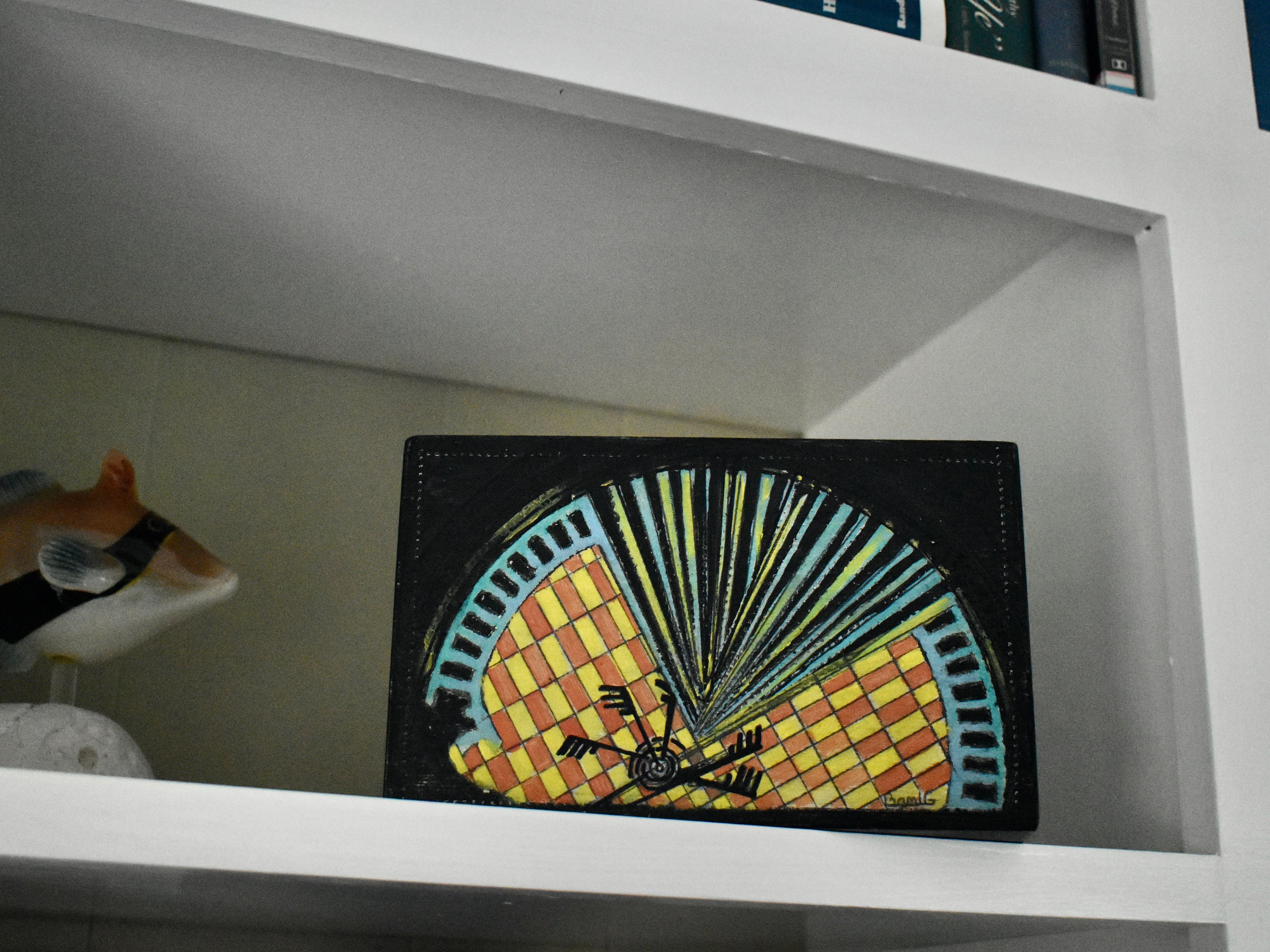 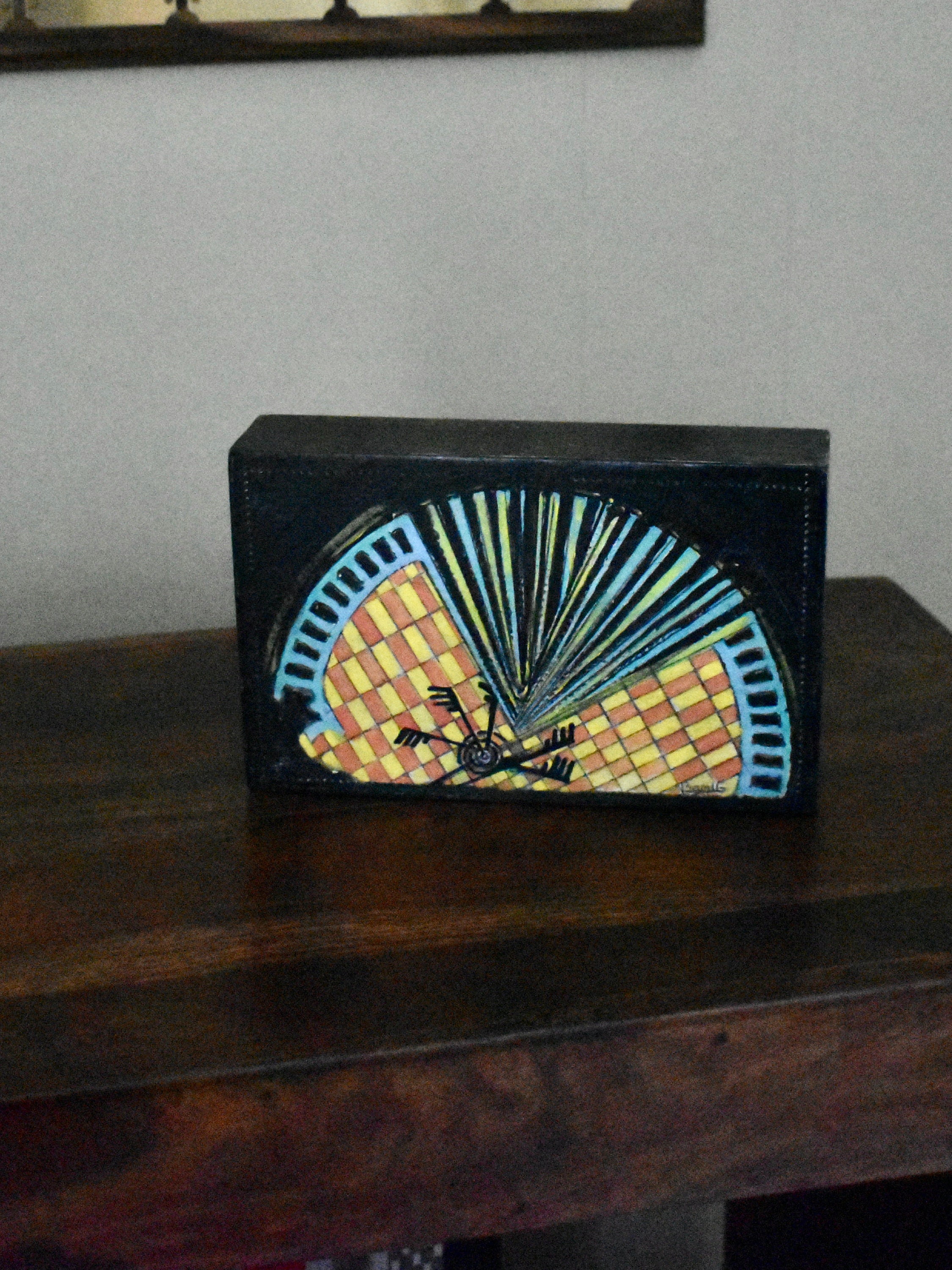 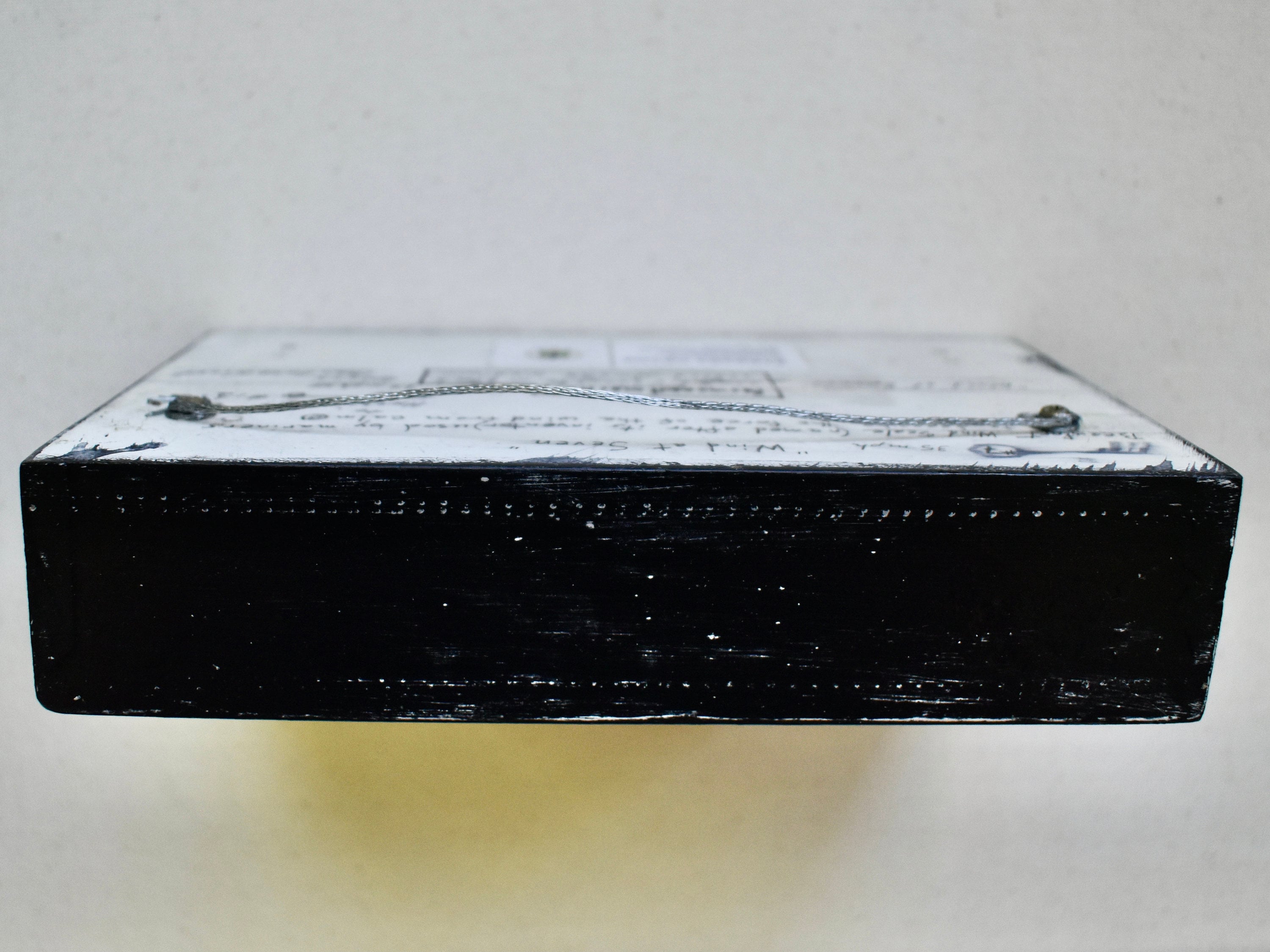 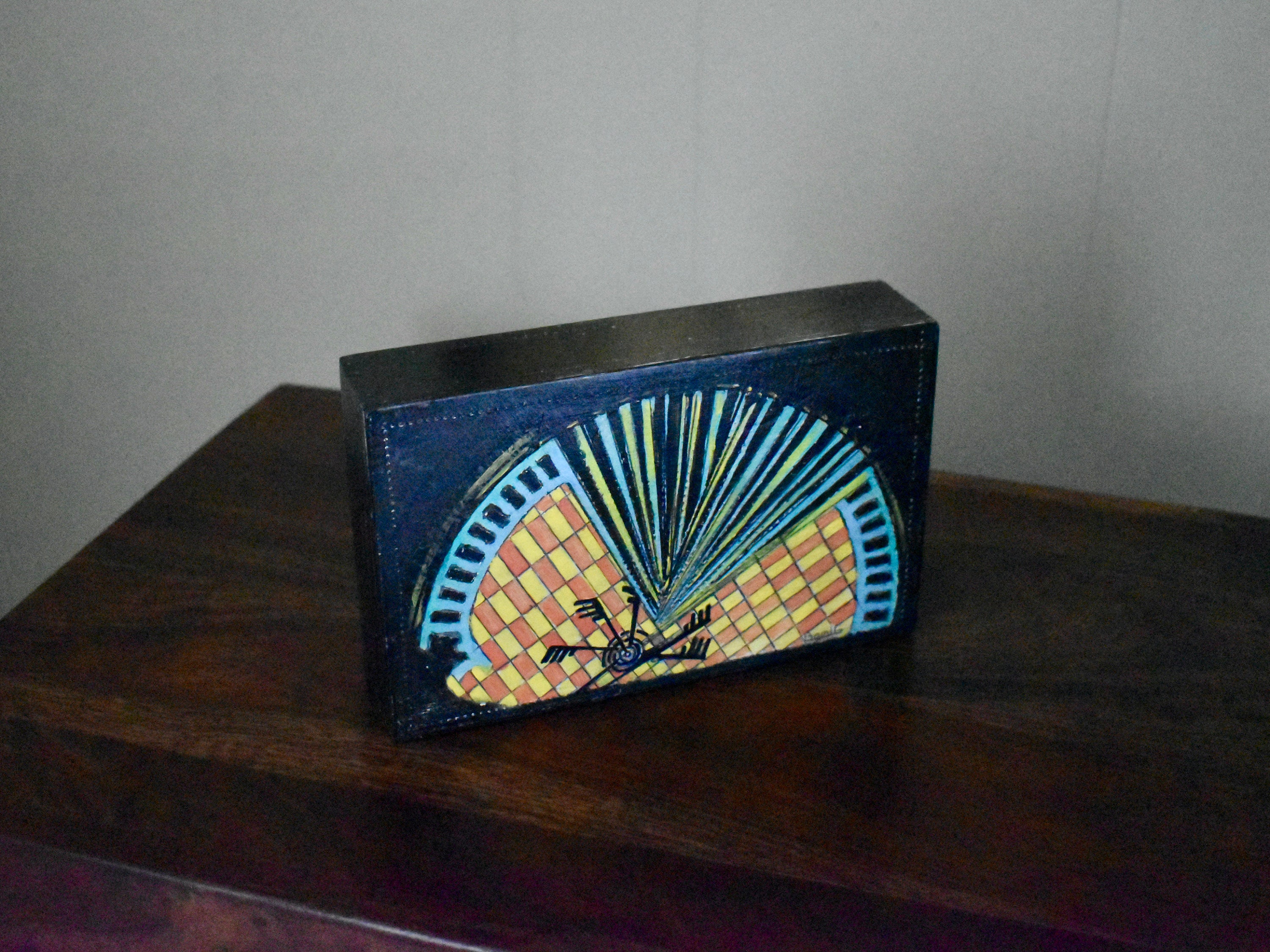 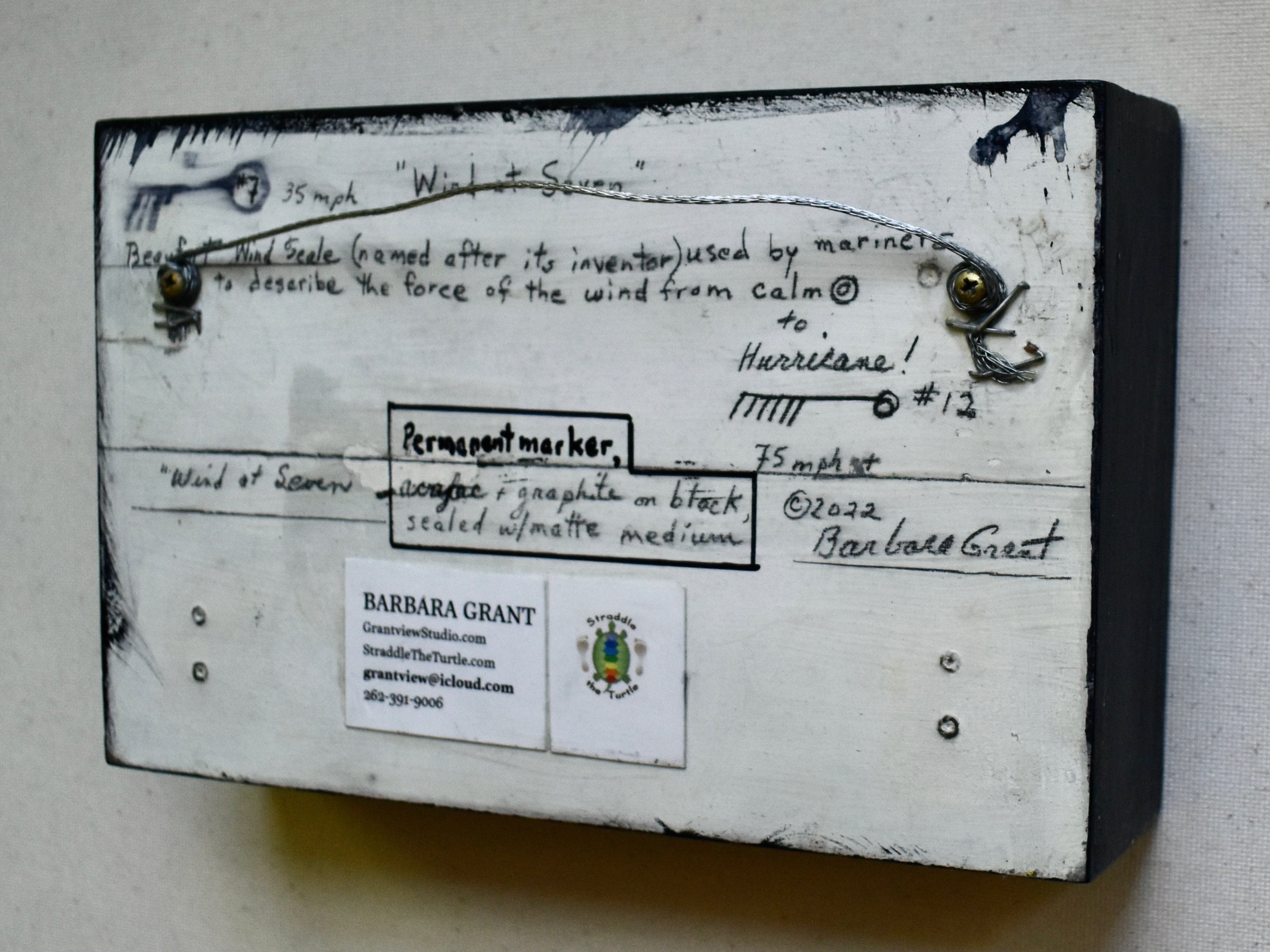 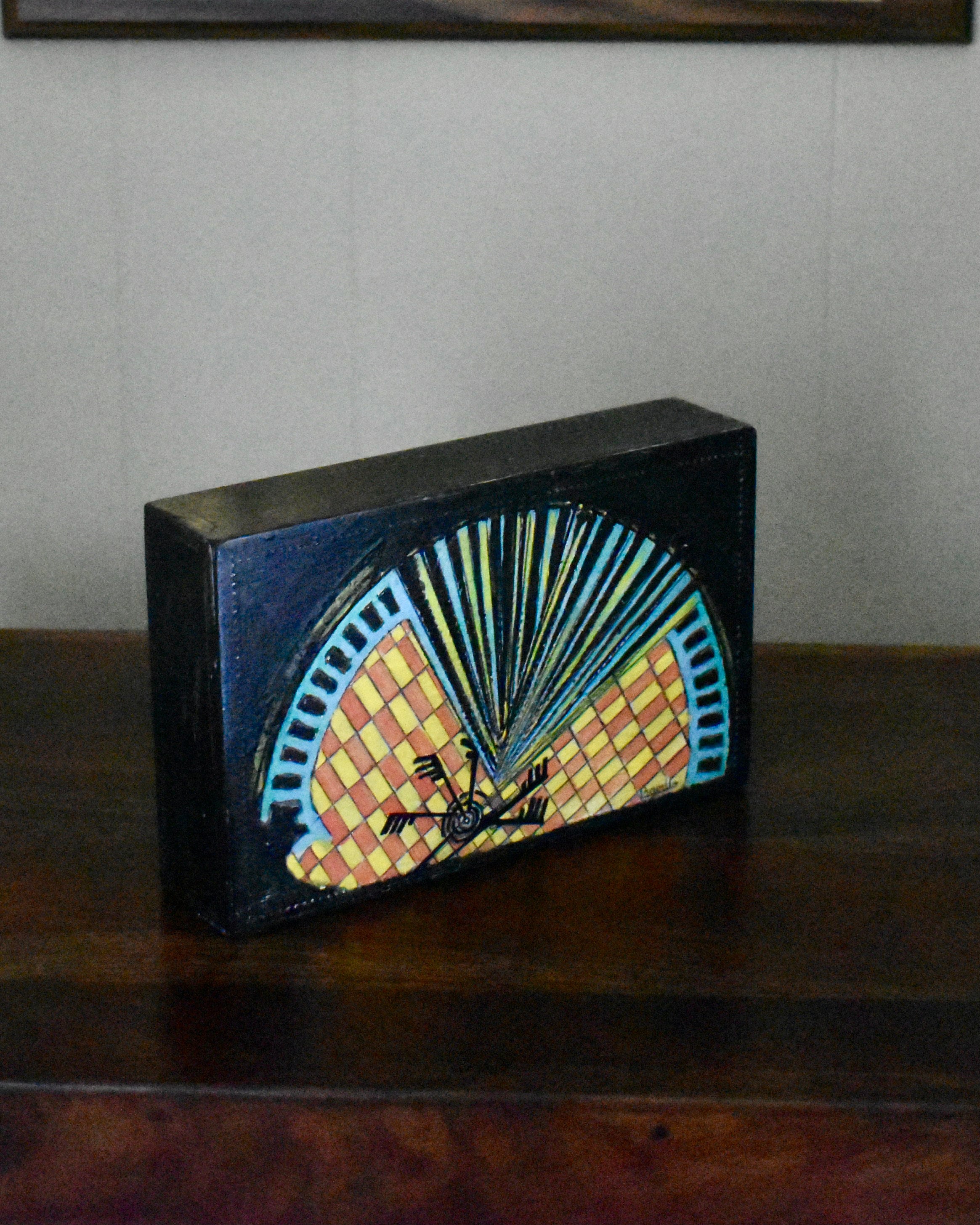 This little painting is entitled "Wind at Seven" in reference to the Beaufort Wind Scale. I used acrylic paint & graphite on a block of wood, sealed with matte medium, permanent marker, and Krylon acrylic spray. This small colorful piece can hang on a wall or sit on a shelf. It's quite sturdy.
An explanation of the title: A wind force at 27-33 knots is a force of 7 and classified as "near gale". The Beaufort scale was named after it's inventor and used by mariners to describe the force of the wind from calm (0) to hurricane (12)! The symbol that looks like an F with extra dashes sticking out represents a force of 7.

I don't accept exchanges or cancellations

I am happy to gift wrap your items; just message me when you place your order :)