26 IMAGES with Words in Alphabetical Order made from Chaos 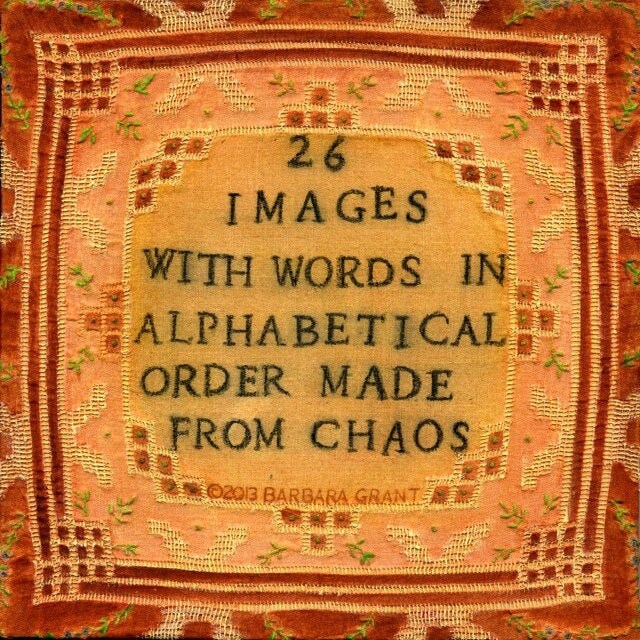 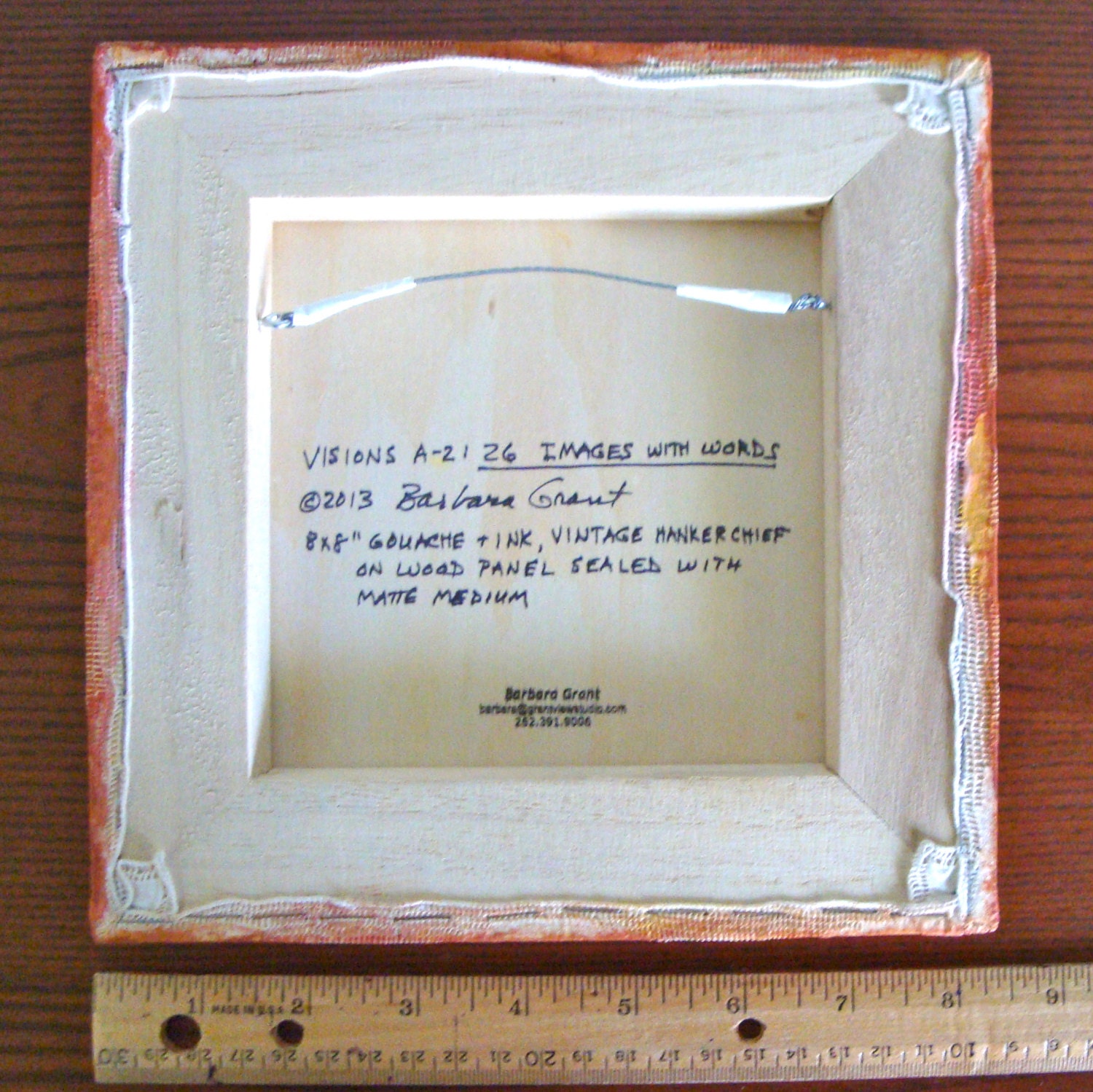 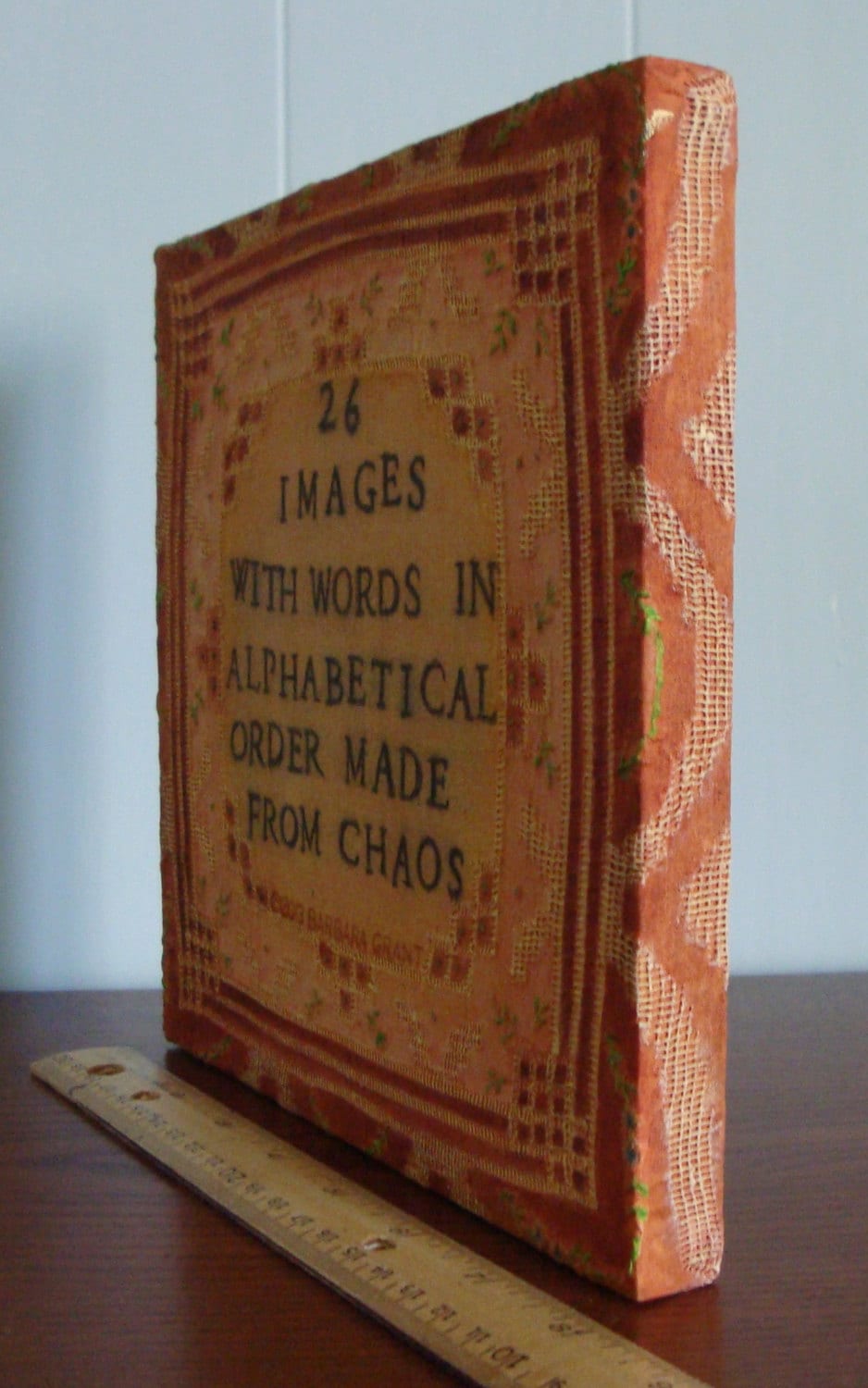 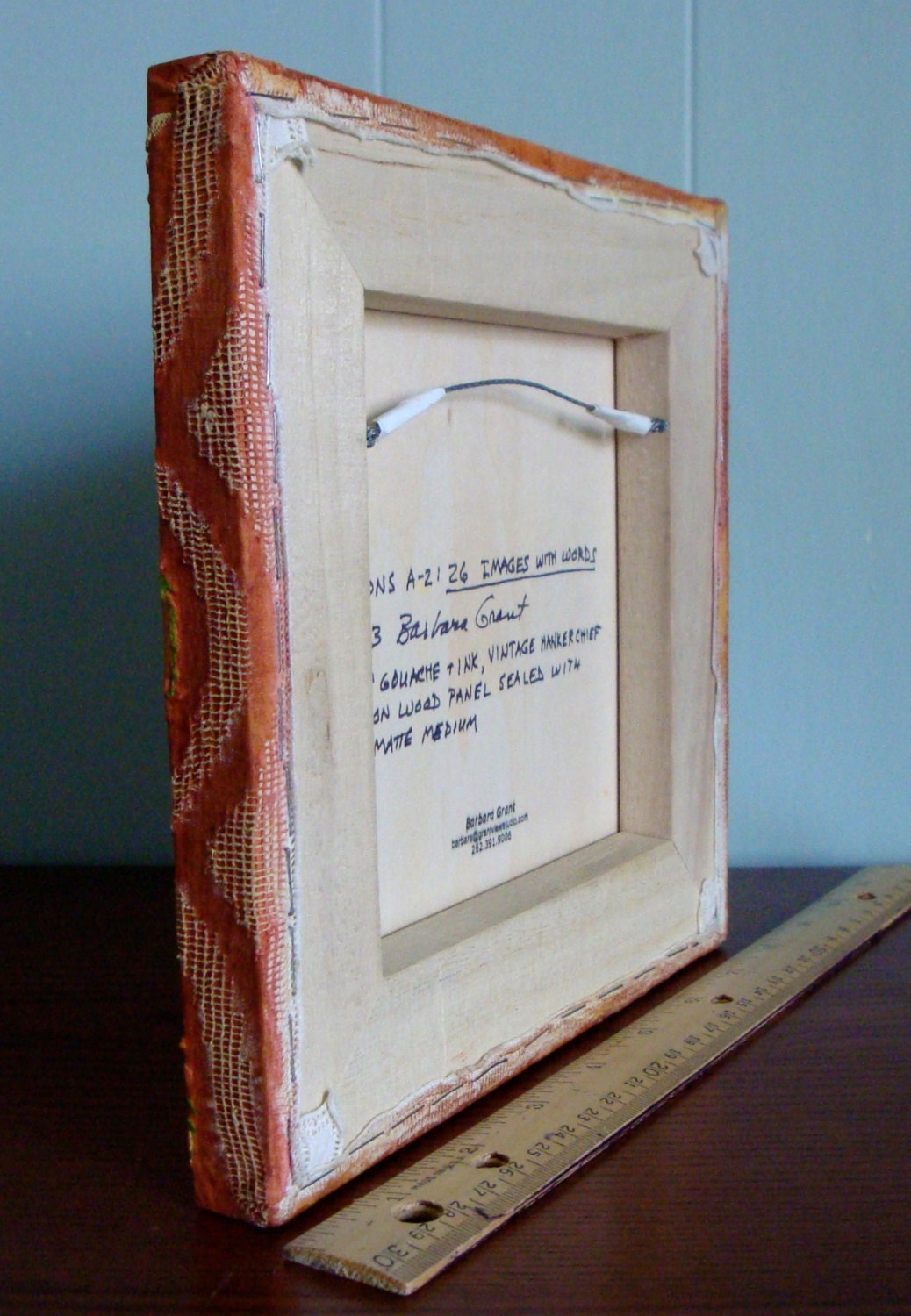 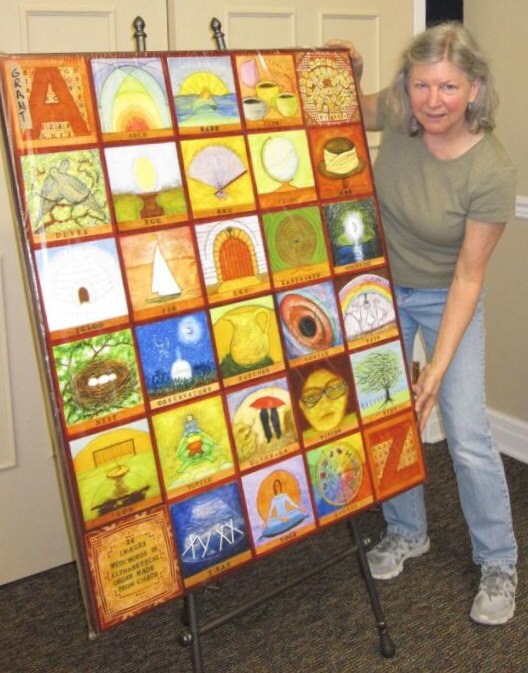 "Visions A-Z: 26 Images with Words in Alphabetical Order made from Chaos" is an original artwork created for my "Visions A-Z" project.

Mixed media on vintage handkerchief stretched on wood cradle panel. Wired and ready to hang on your wall or prop on a shelf.

This is one of four corner pieces created for an orderly arrangement of my Visions: A-Z collection to be viewed in its entirety.

This 26-painting undertaking became a way to process my feelings about the 26 precious lives lost in the Sandy Hook Elementary School massacre. “A” is for Arch: a shape that, for me, represents solace and strength. A dome of sunlight rises behind mother and child in “B” for Baby. I continued this comforting tone throughout the alphabet as an archetype.

Digital images of these twenty-six 8-inch squares, plus four corner pieces, make up a poster that is also available.