Where We Make Up Our Stories 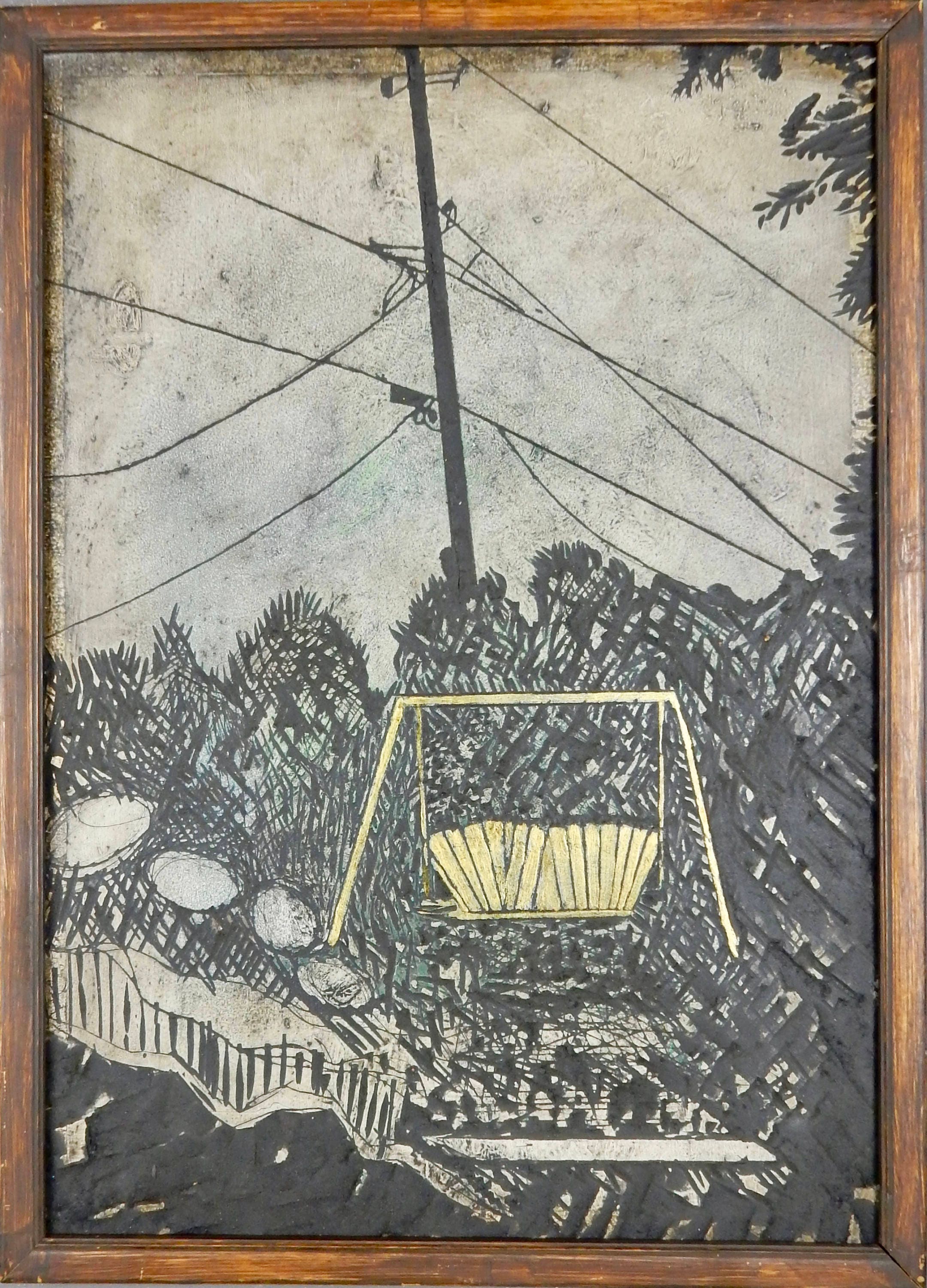 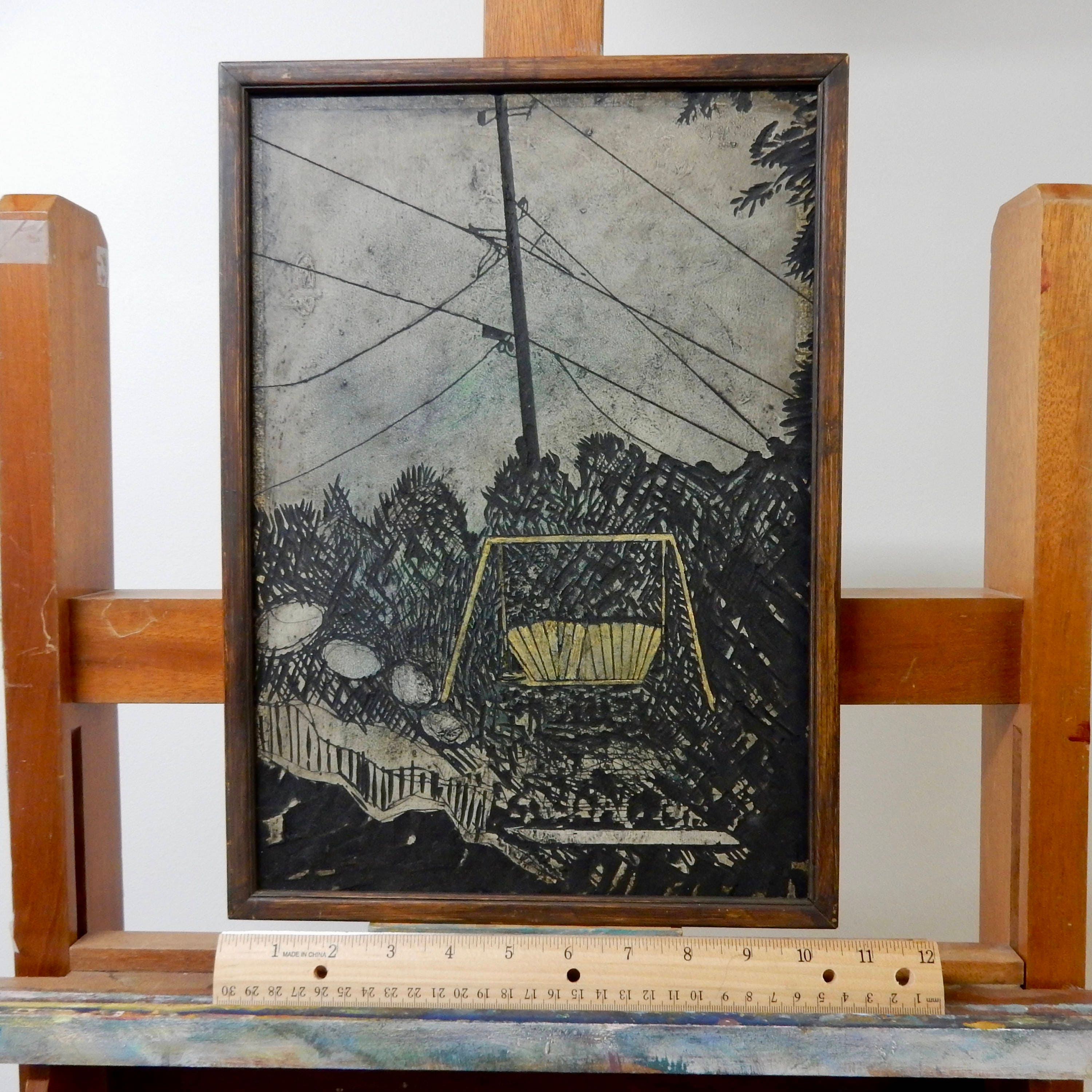 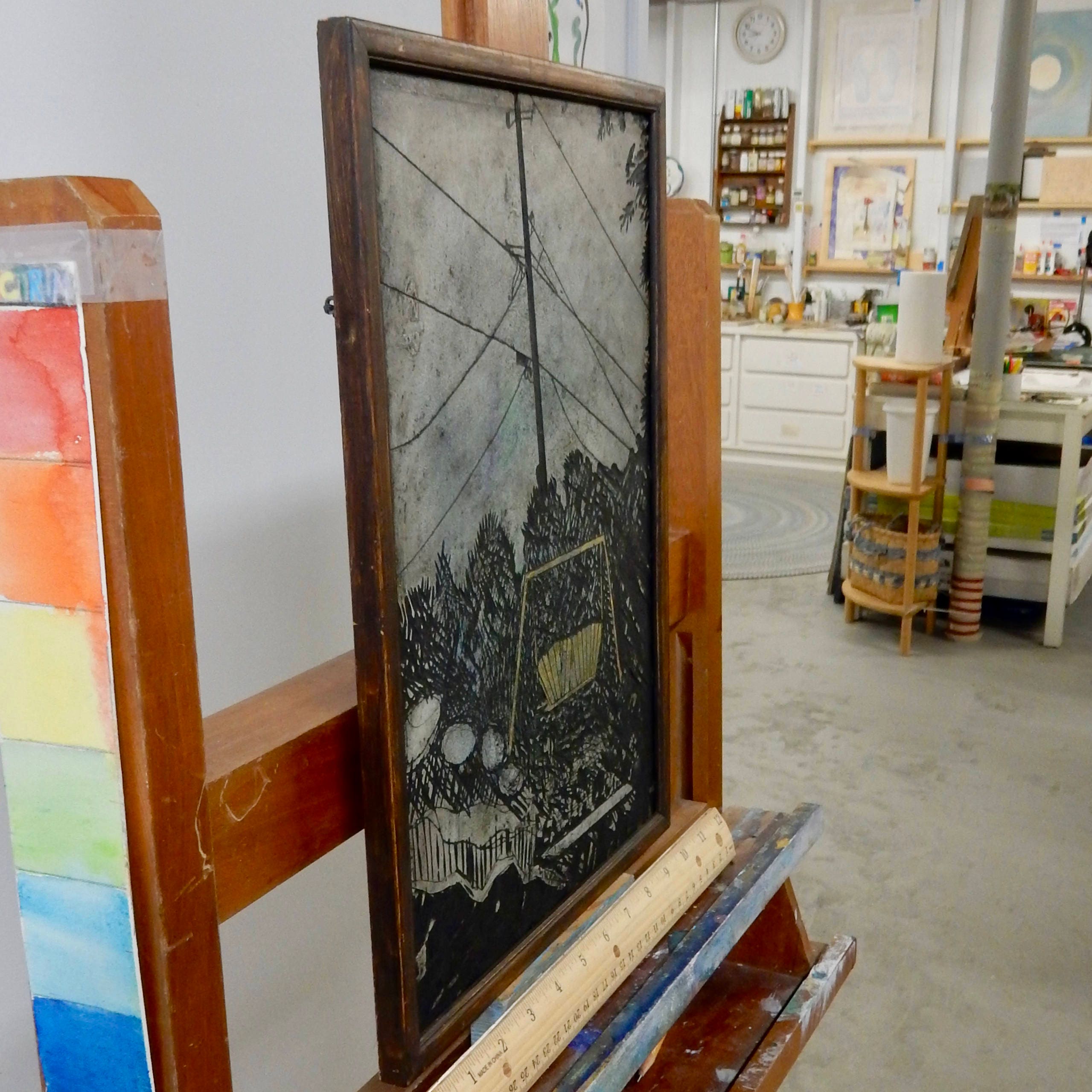 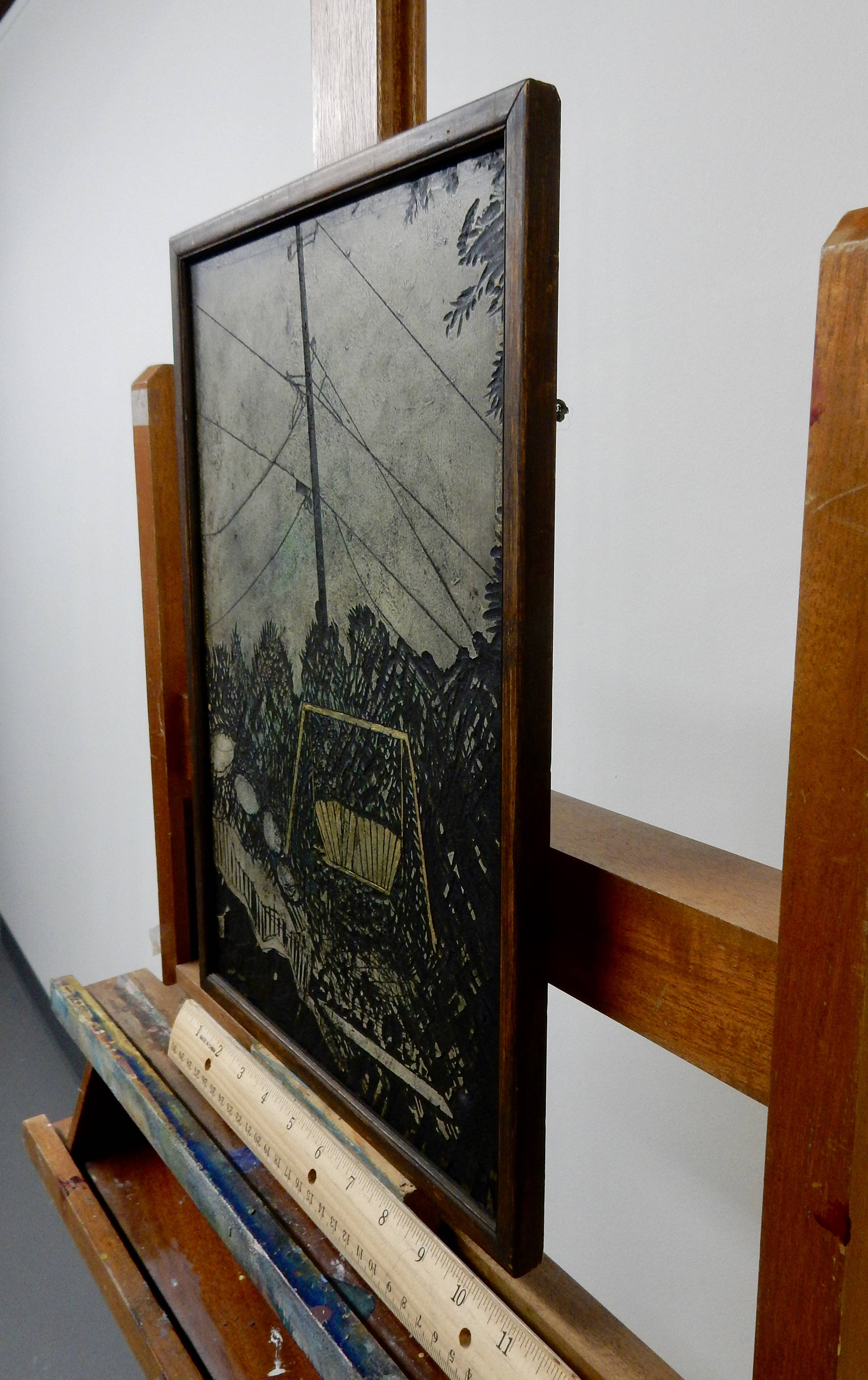 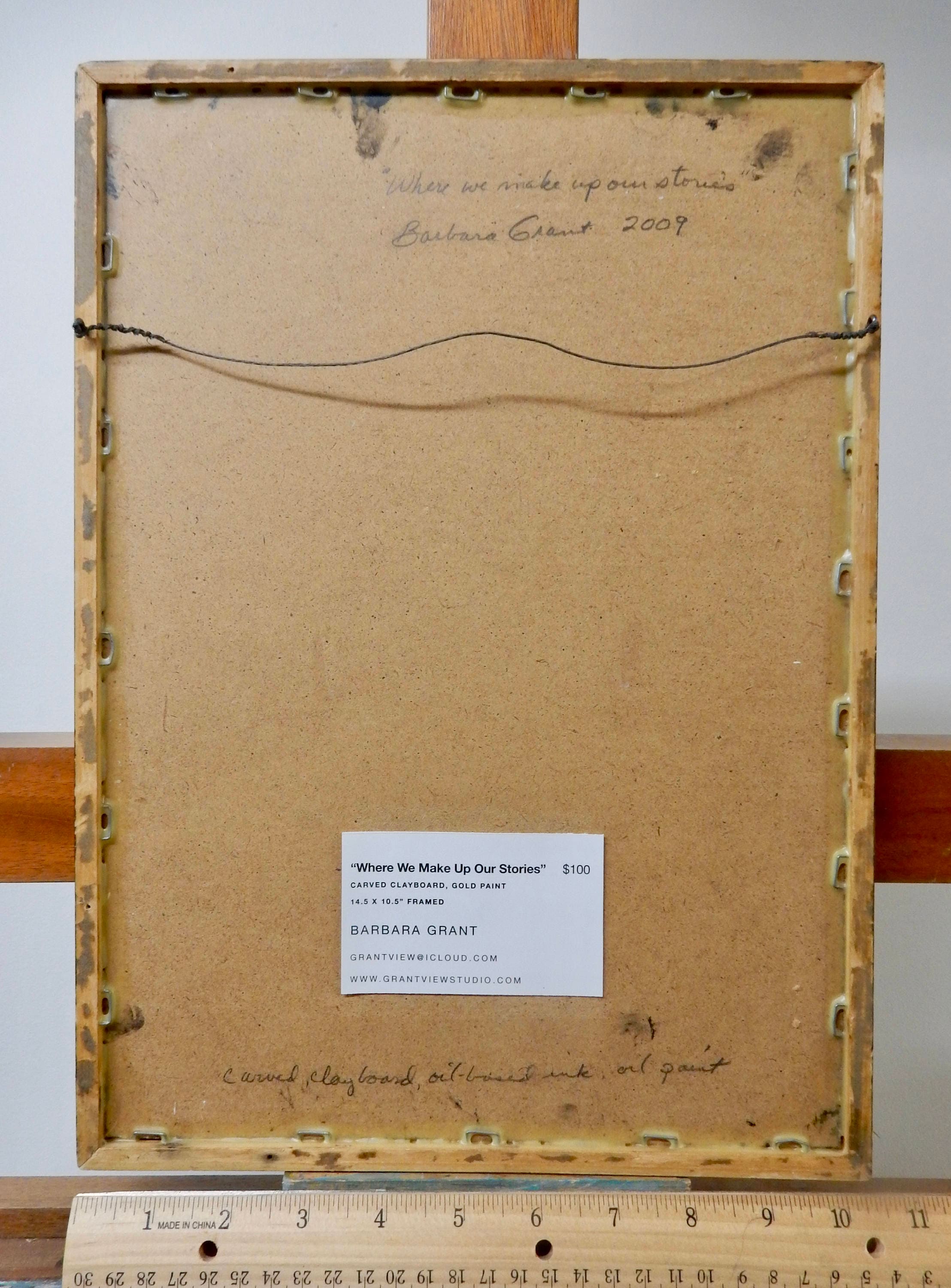 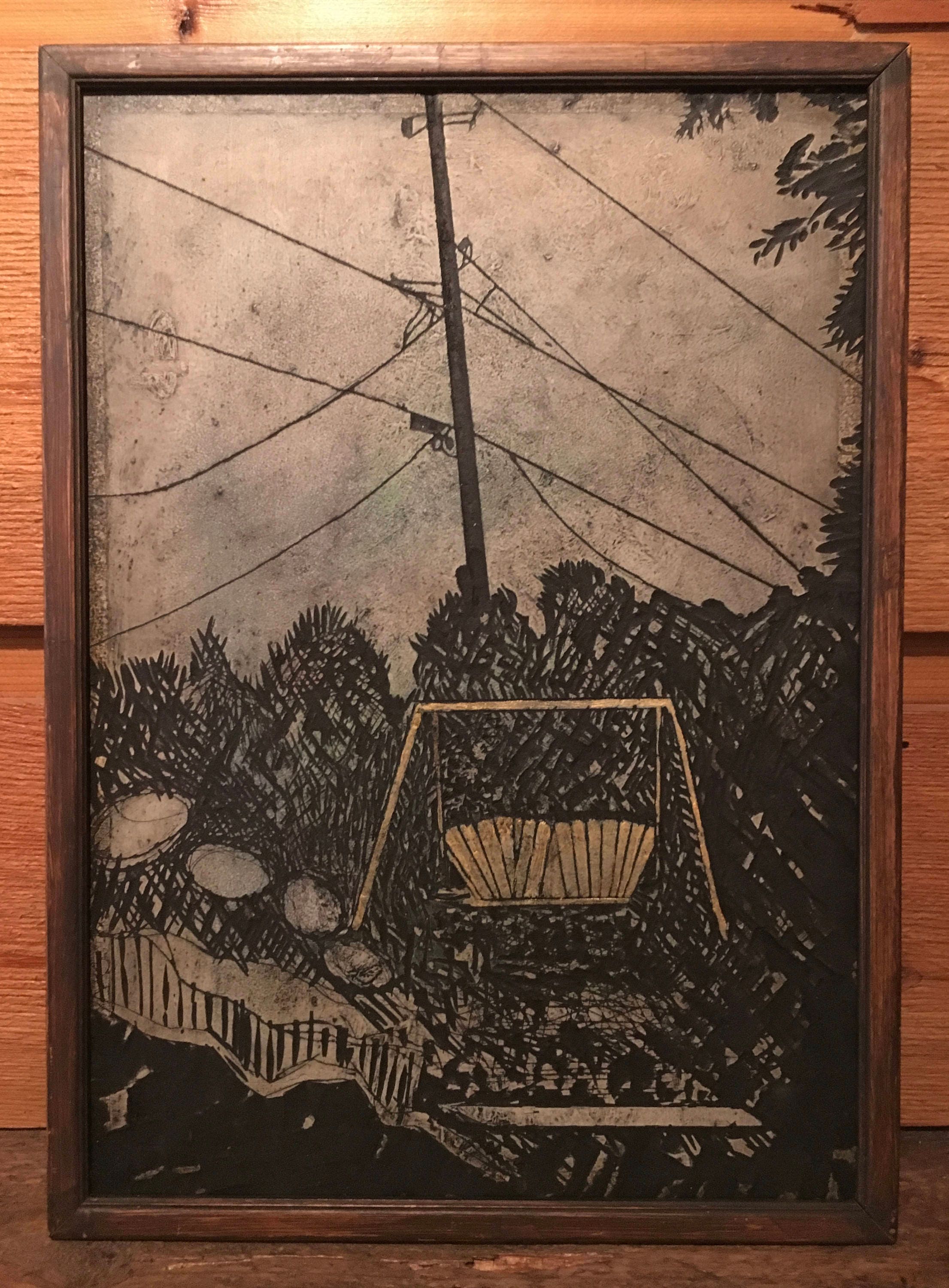 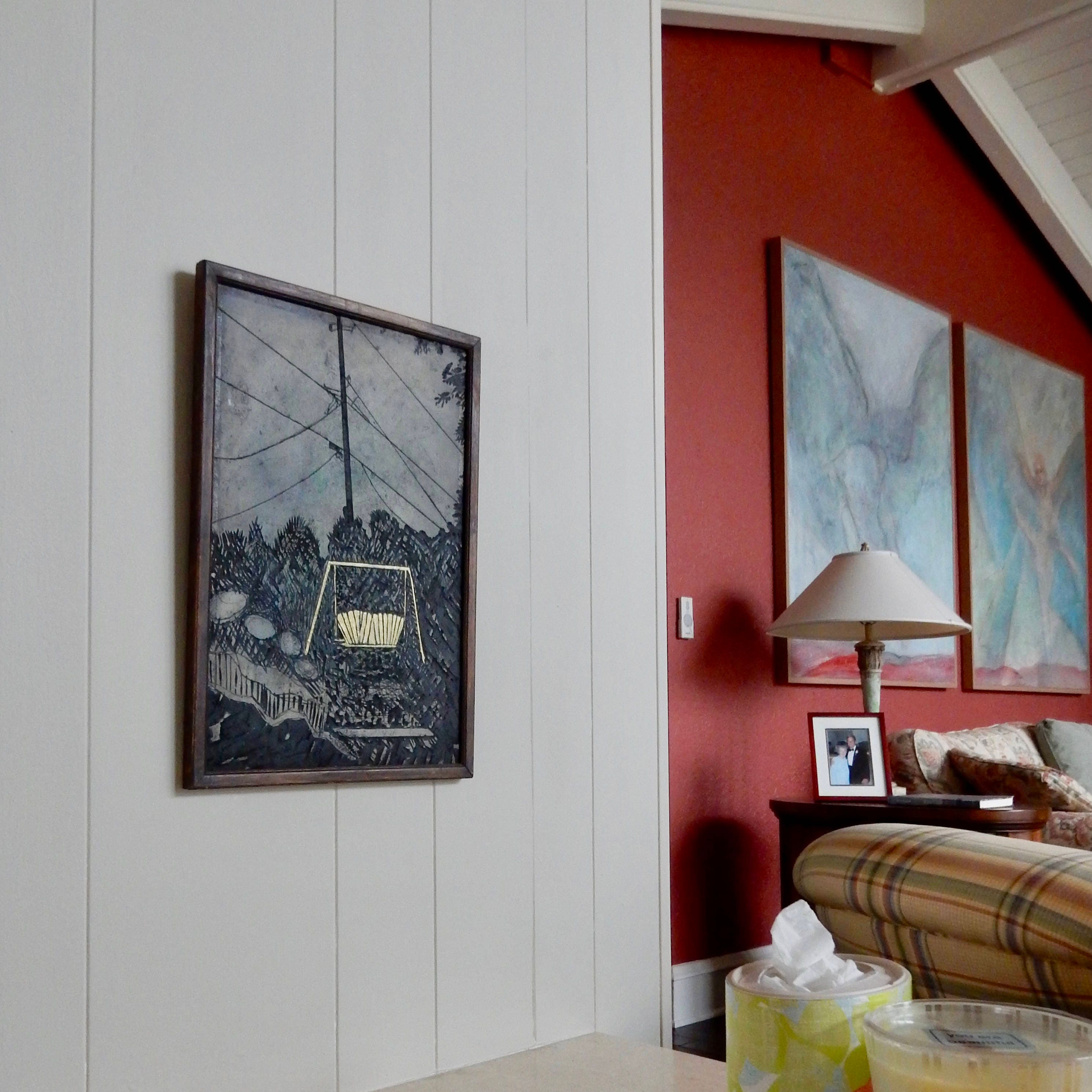 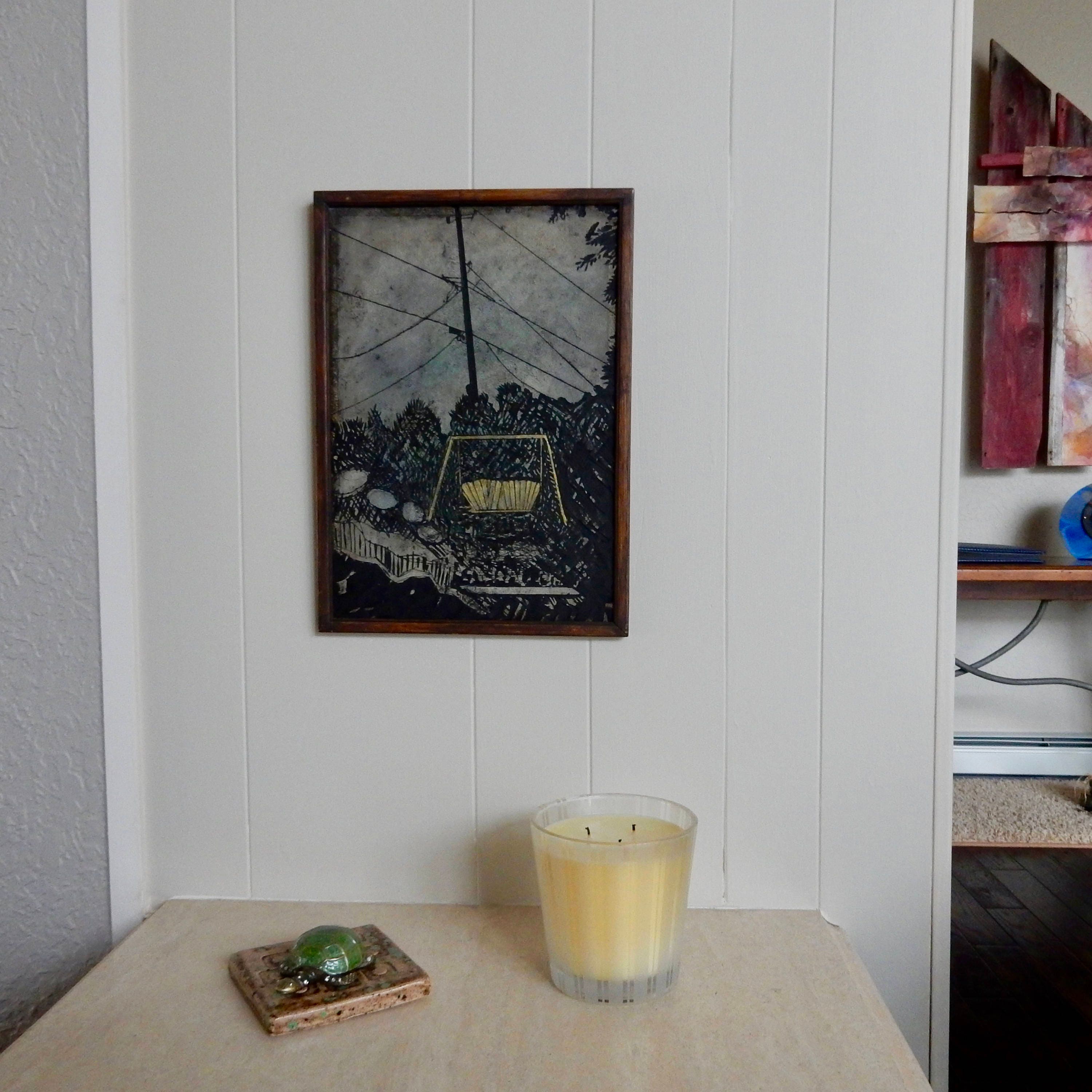 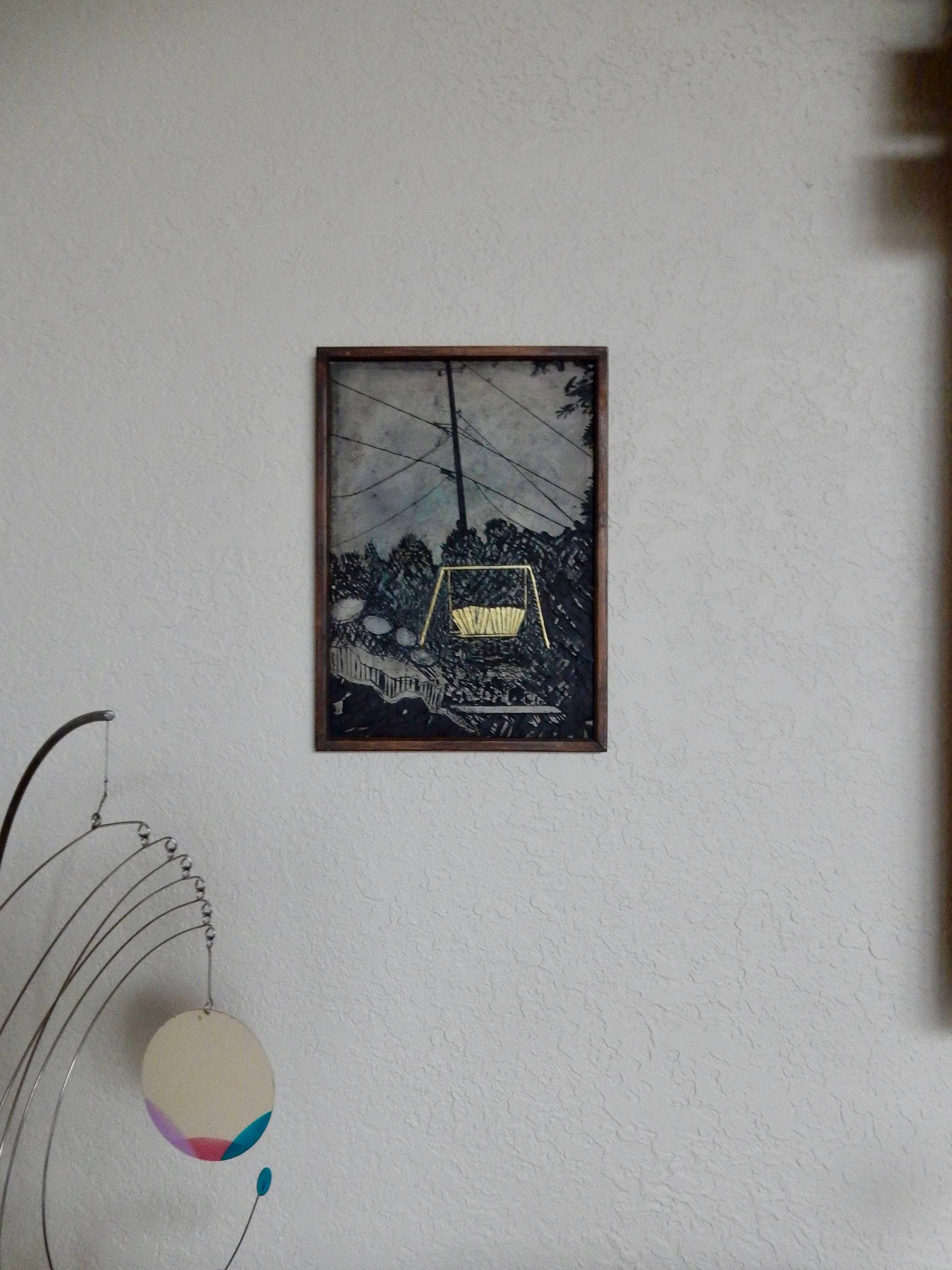 "Where We Make Up Our Stories"
14.5 x 10.5 inches, carved clayboard, oil-based ink, gold oil paint, permanently attached to a wood frame and wired for hanging.

This artwork began as a printing plate: the drawing was carved into clayboard, and the surface rolled with ink. The plate was wiped carefully leaving enough ink in the crevices to print onto paper when run through a press to create an etching. I liked this carved plate enough to embellish the swing with gold paint and frame it as a mixed media piece.

This artwork was inspired by our days in on Whitewater Lake, where we would sit in a big swing overlooking the water and make up stories together. As we watched the water lap at the rocks below us, I would begin a story with something like, "Once upon a time there was a little black dog named Spider. He was lonely so he began to wander down there by the rocks and bark at the fish swimming by..." Then it was one of our grandchildren's turn to add what happened next. As we took our turns the story built...usually to something crazy like "Spider paddled frantically out to save the drowning cat...!"