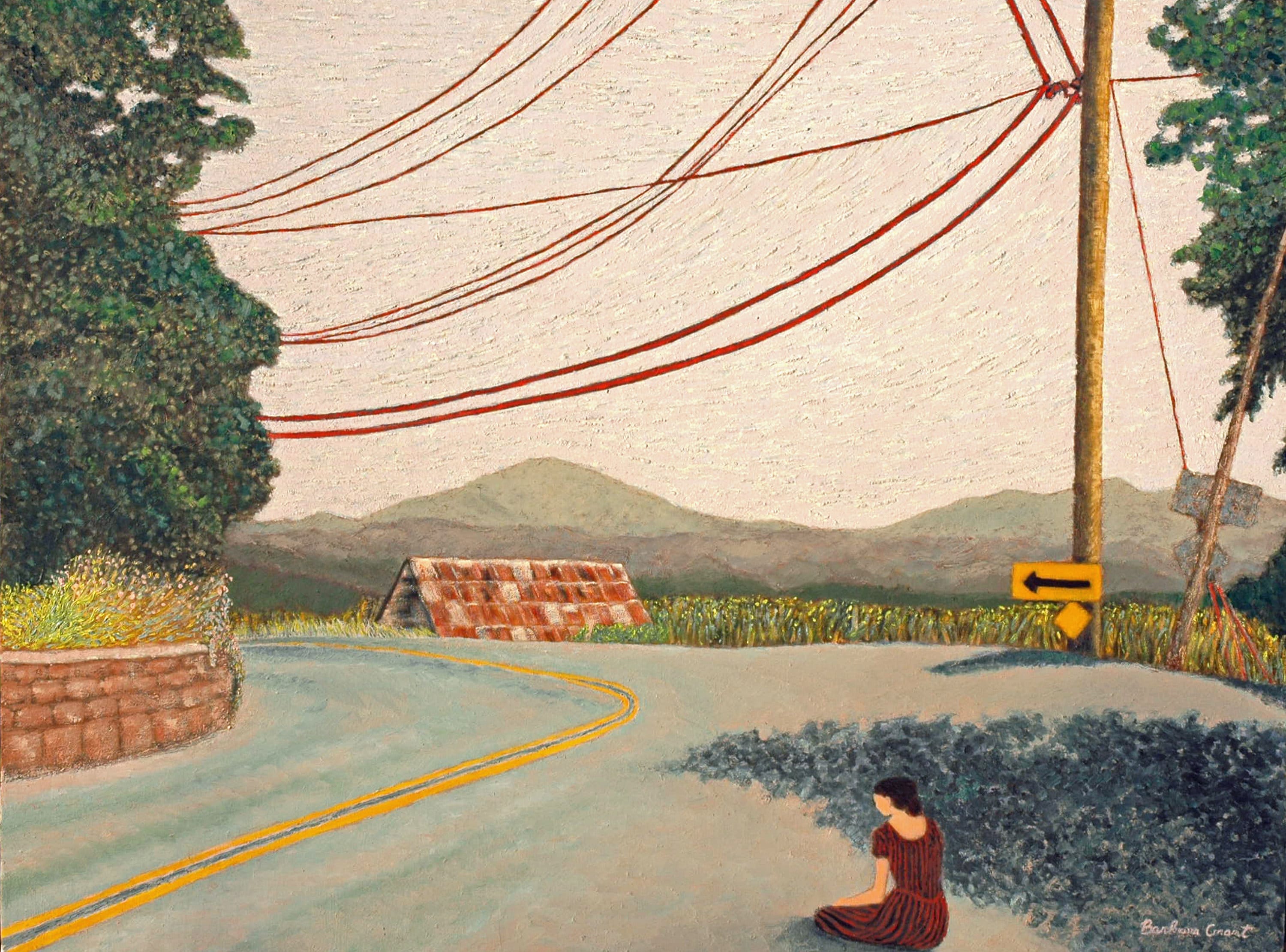 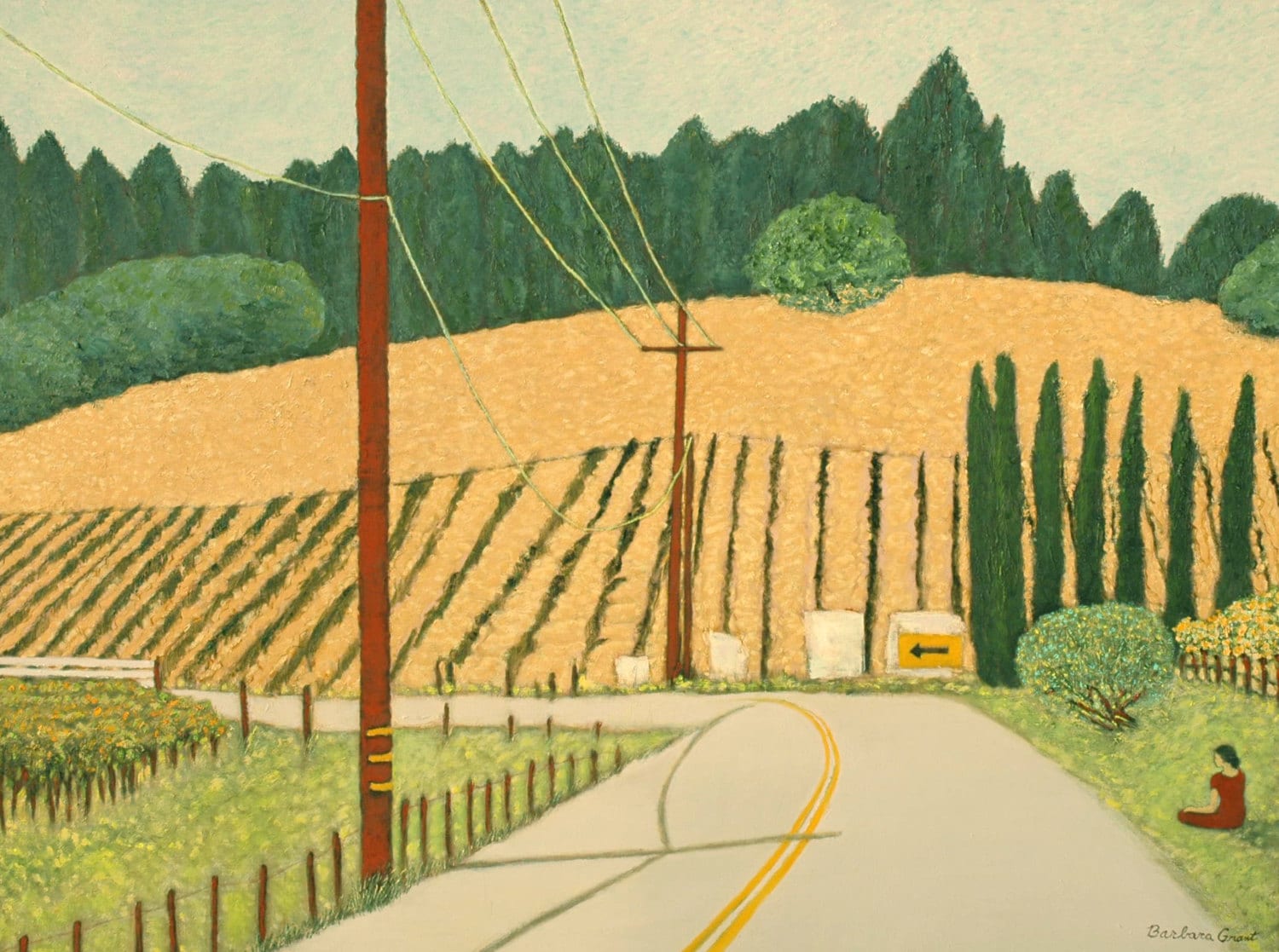 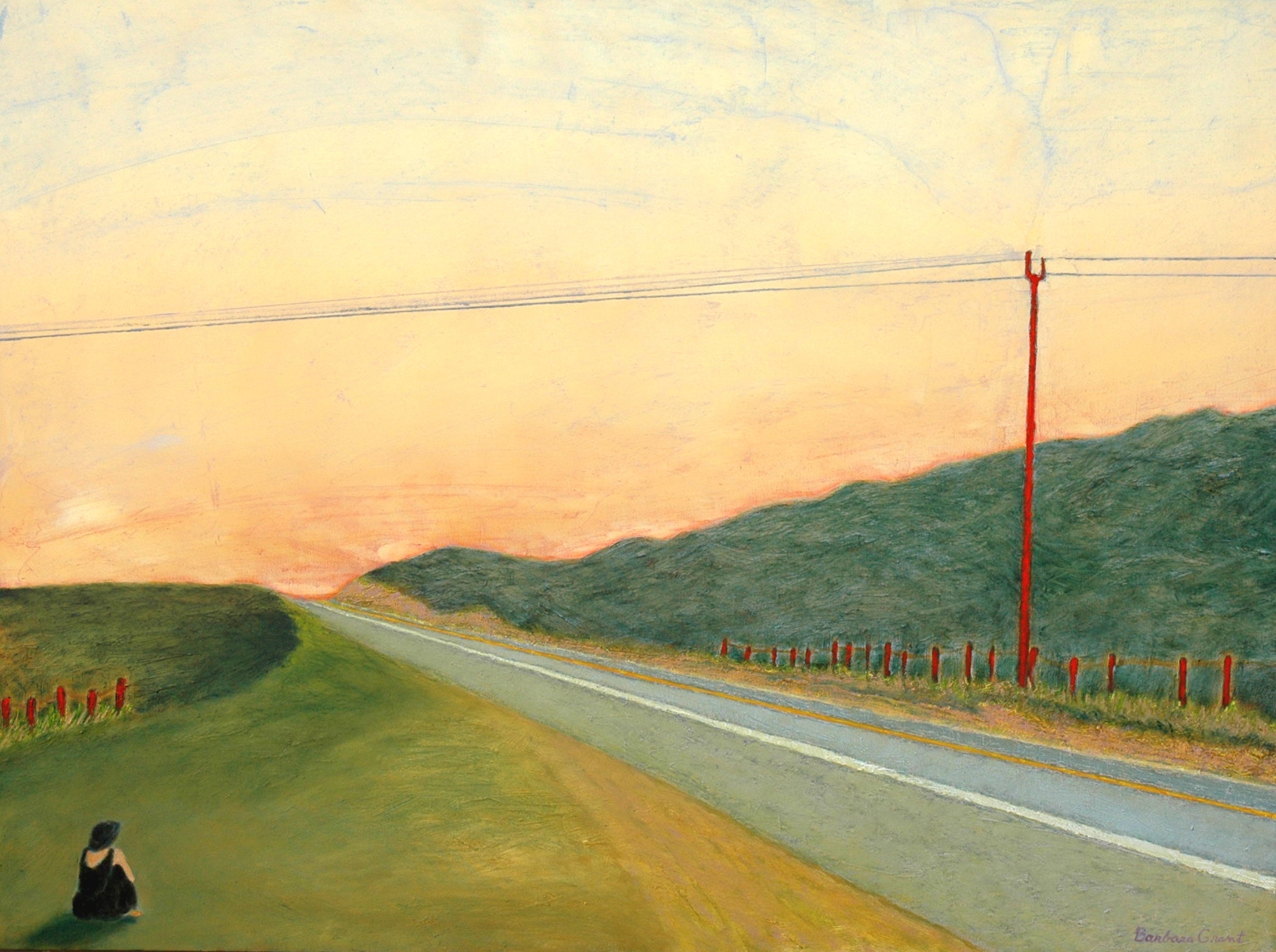 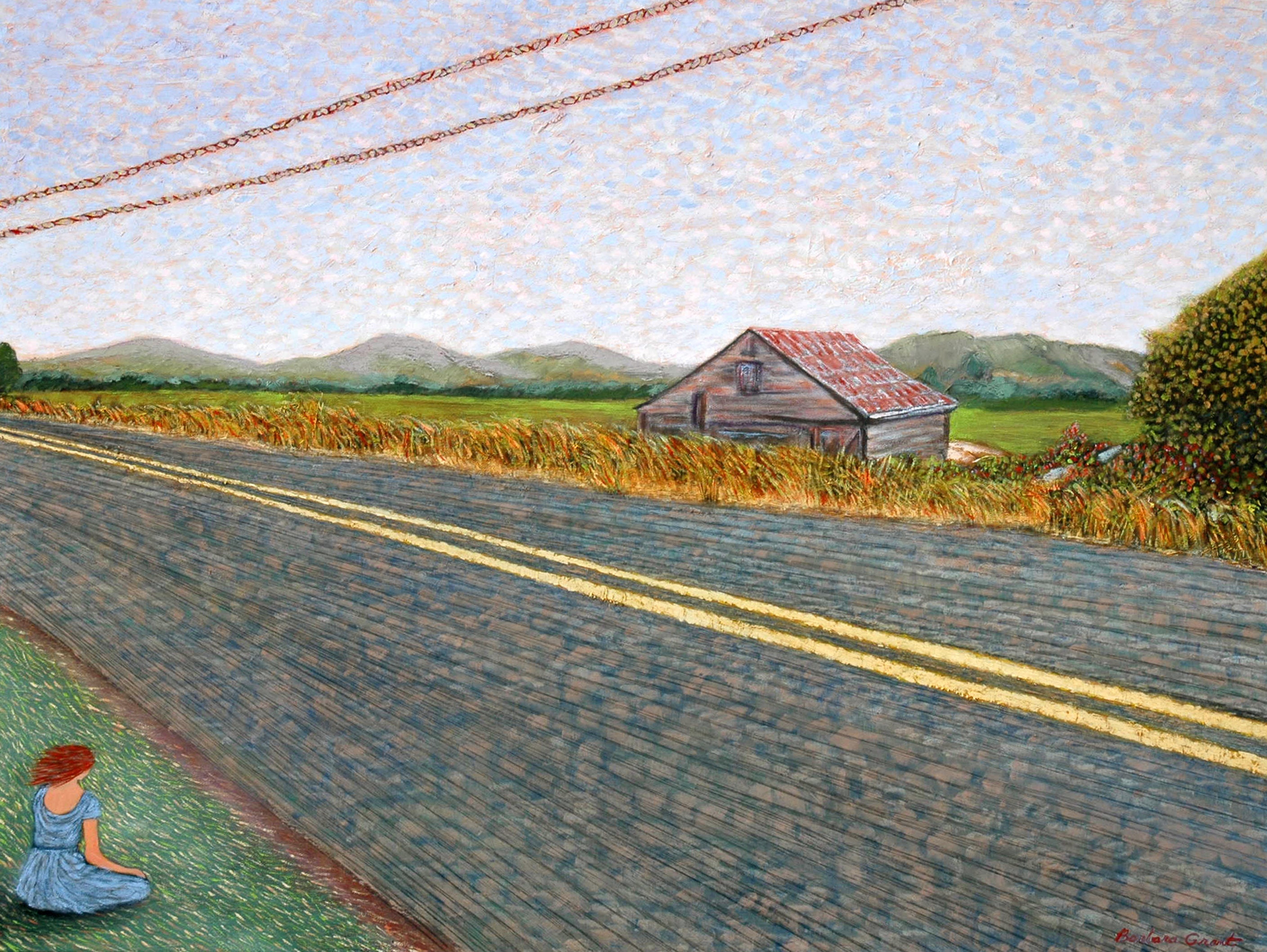 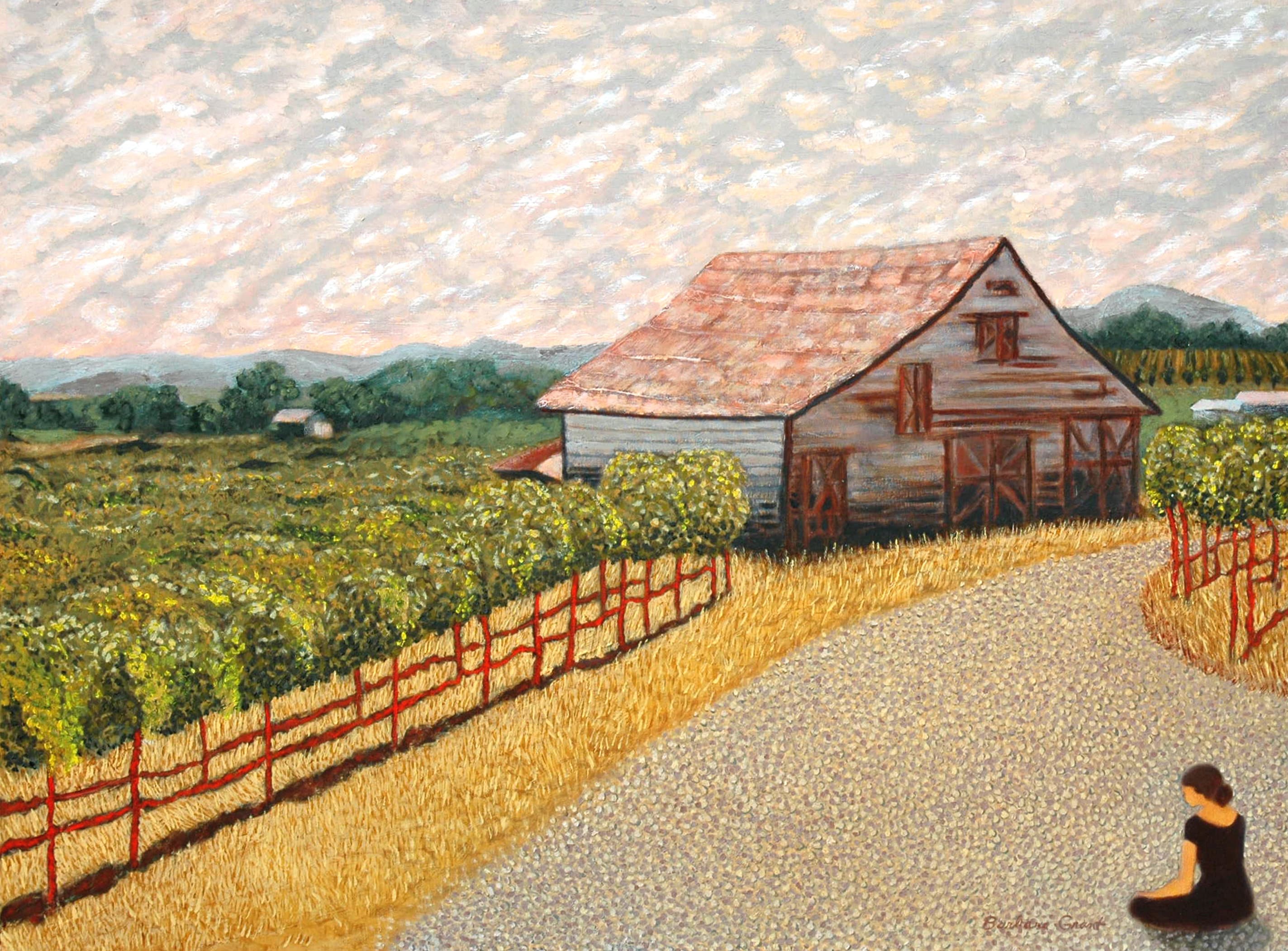 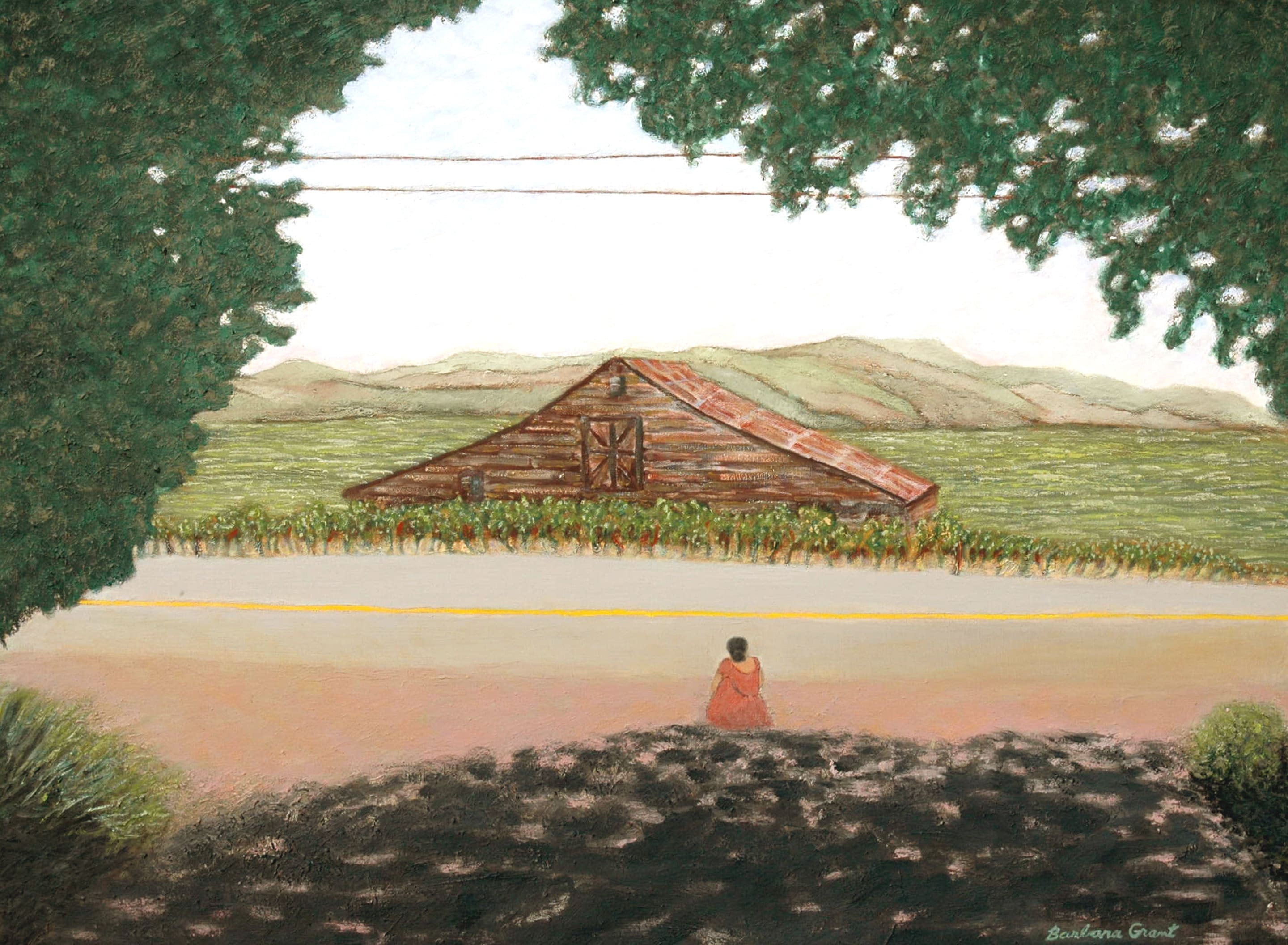 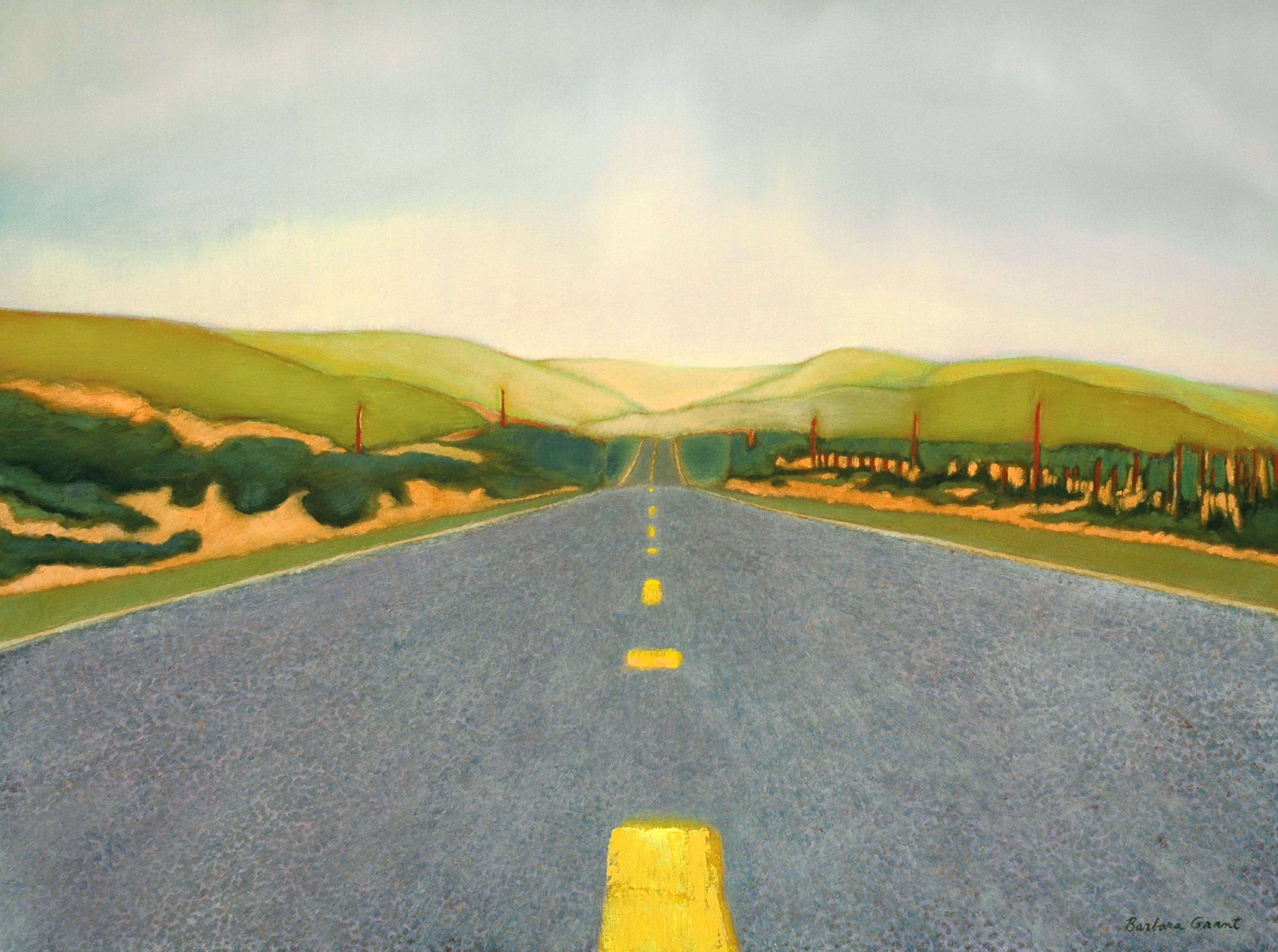 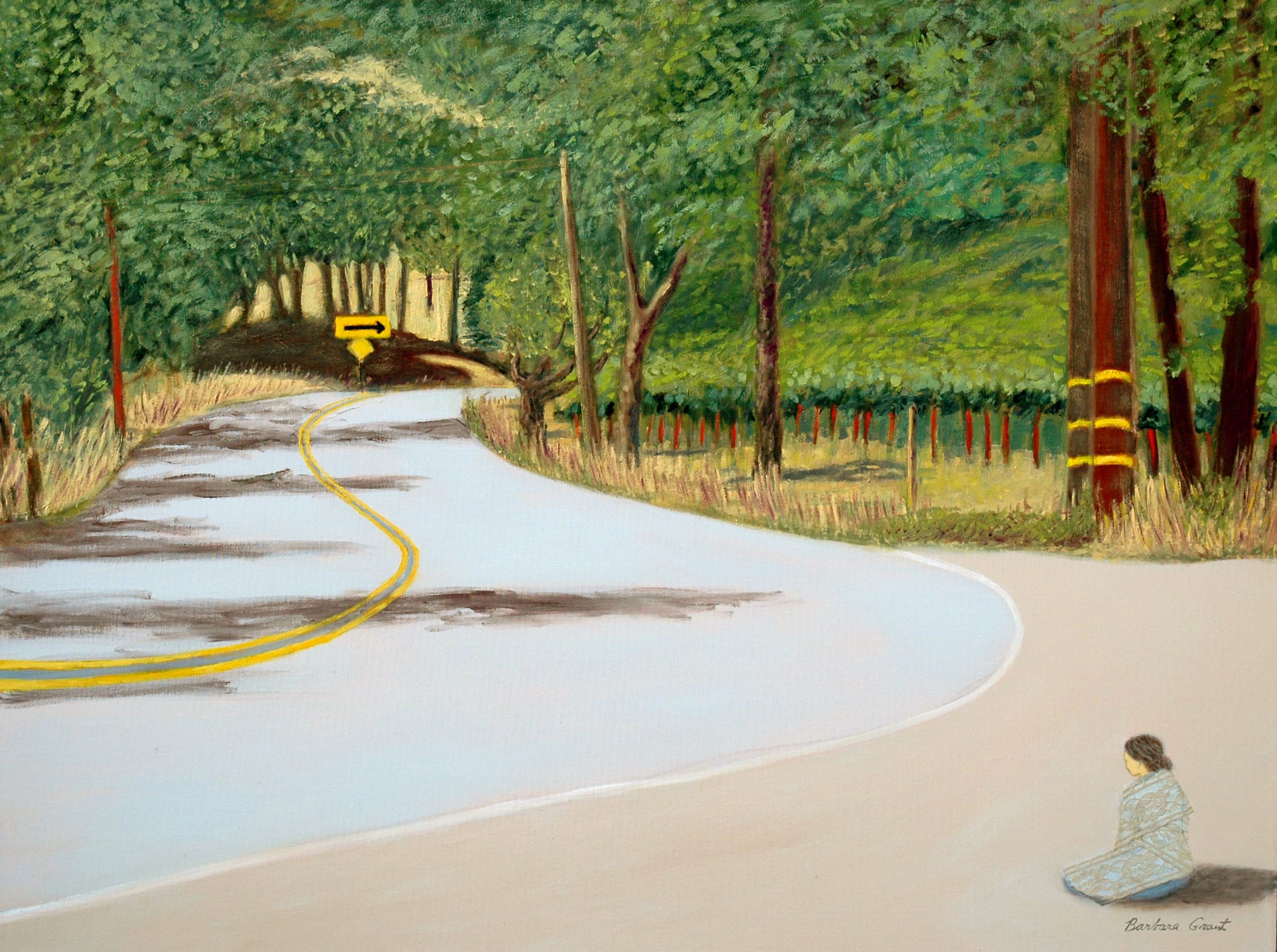 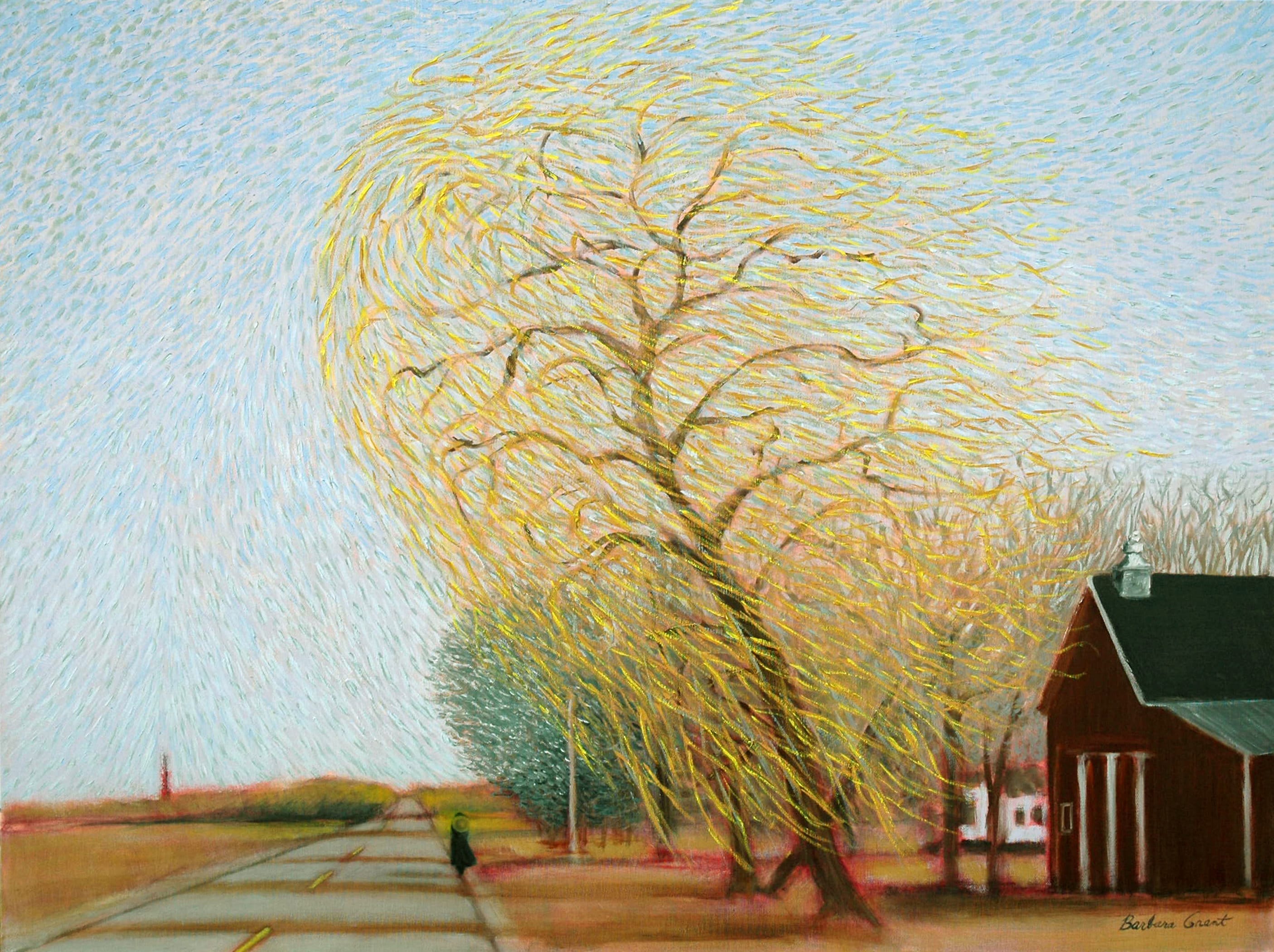 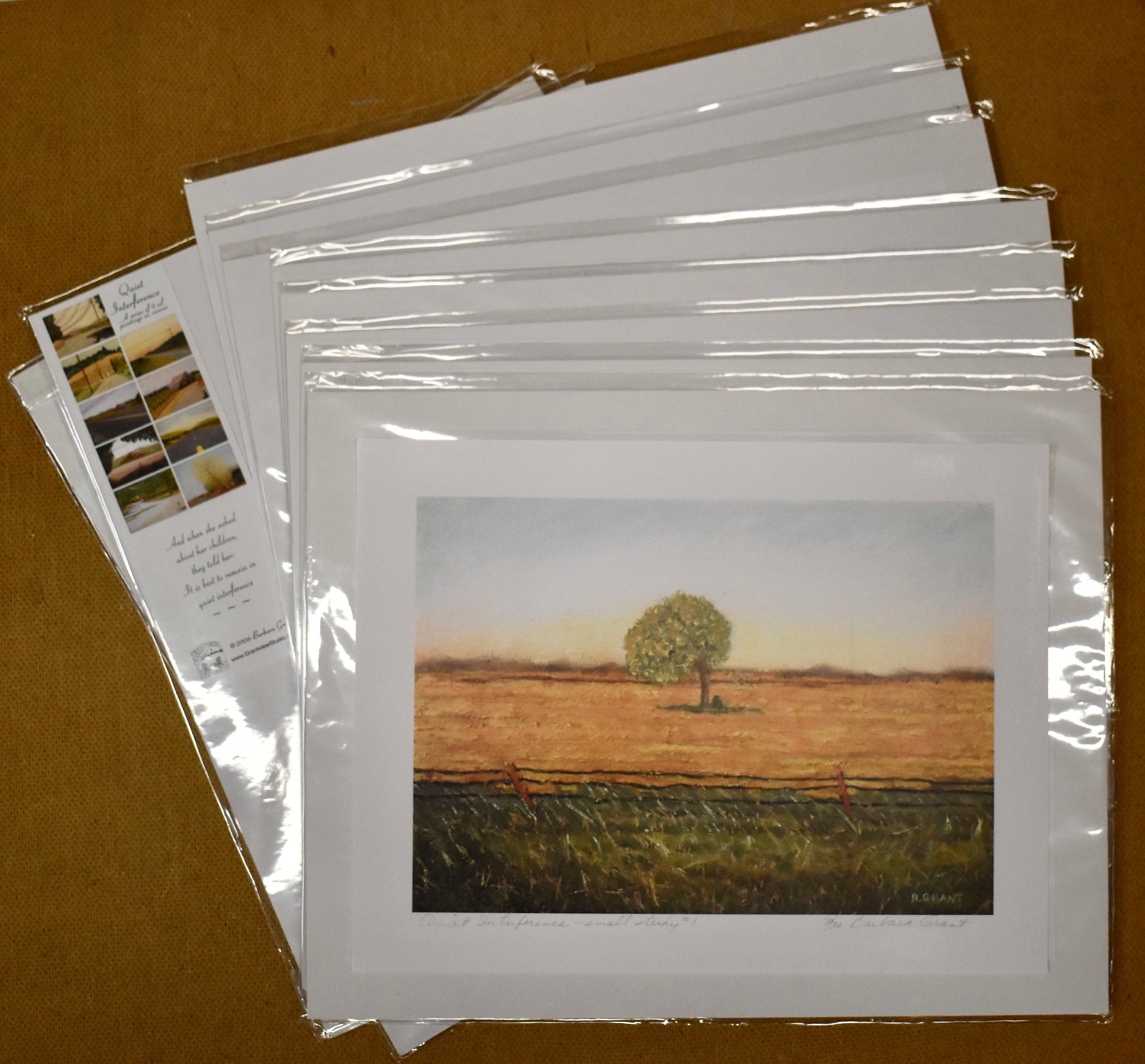 Single print $15. Bookmark included.
Set of 10 prints $125
This is a Limited Edition of 30 sets of prints. Each print is signed and numbered by the artist.
7.5 x 10 inch image with 1 inch white border for matting/framing

These prints were created from photos of the original oil painting series called "Quiet Interference".
It was more than a year after completing them that I was able to reflect on how therapeutic they were for me; I was processing the reality of losing my mom and close friend within a short time of each other. There was an order to the compositions. I worked on paintings #1 through #3 while I was pretty much in denial, #4 through #6 when I was beginning to allow my true feelings to surface, and #7 through #9 when I was coming around to some kind of acceptance. This became a natural progression. (#10 is a small study for this series.)

The Quiet Interference paintings were completed in 2006. Further explanation for the curious follows:

The words “quiet interference” were first uttered by my friend Susan in 2005 while on a road trip to visit our mutual friend, Char. She shared this seemingly odd reference with me, and I proposed to explore its meaning through a series of paintings. Charlene offered to present the final effort in her gallery. I have a photo of the three of us smiling friends positioned under a triangular umbrella taken that same day. Little did I know that what began as a carefree exploration of this concept would lead me down several unforeseen paths.

The artistic journey began during a vacation to the California vineyards and coastal areas with my husband. Our photographs allowed me to plot out landscapes on canvas – a sort of open venue for discovering the meaning of quiet interference. I had been shopping for a book on angels for Susan’s 50th birthday when word came of her sudden illness, induced coma, and rather swift passing. My shock and grief pushed me to reflect on the meaning of quiet interference with a higher intensity. I began to understand it as another plane or atmosphere - sort of like heaven surrounding us. I positioned a figure within the landscapes to represent an awareness of a loving force of energy that we cannot see. I incorporated telephone poles and their lines, power lines, and fence posts to symbolize connectivity to this other plane. I placed road signs and lane dividers to impart a yearning for divine direction.

The triangular-shaped barn in the landscapes was initially intended to recall the three friends positioned under the triangular umbrella. But it took on a sorrowful meaning when I was forced to face another loss during the creation of these paintings. I believe Susan's passing helped prepare me for the unexpected illness and death of my mother within the same year. The barn now took on the meaning of an empty shell or vessel – what our bodies are after death. I clothed the figure in dark grey and limited my palette to solemn tones as I mourned another loss. There were times when I was unable to proceed. The figure sat and waited. Not to get up and move, but to receive that quiet interference from another plane and be moved.

I was thankful the day I felt the urge to introduce more color and create textures to portray vibrations of energy on the canvas. I felt moved to complete the work and renewed to quietly continue the journey down life’s uncertain paths.

I don't accept exchanges or cancellations

I am happy to gift wrap your items; just message me when you place your order :)

I ordered the print #8 of Peaceful Landscapes because I love the color and detail that is brought in this artwork. Once I received it I was greeted with a safely packaged print that was in great shape. Once opened was an included bookmark which goes along with the other designs that I love. The print quality is amazing and perfect for my home, I've yet to hang it up in my home but I can't wait to do so!