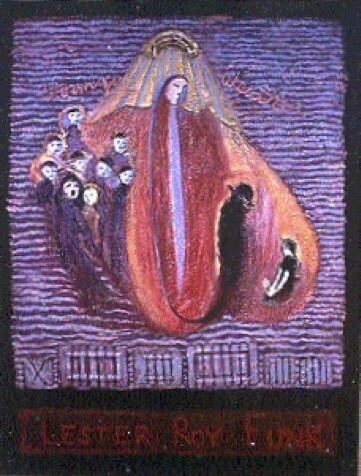 I painted the original "Stormy Weather" in 1994, after pressing for answers about my uncle’s suicide. He took his life when my mother was a young woman. He was her older brother who taught her to play the guitar; he taught her the song Stormy Weather, which was popular at the time. My mom was so devastated by this tragedy that she went into what she called her Black Period. 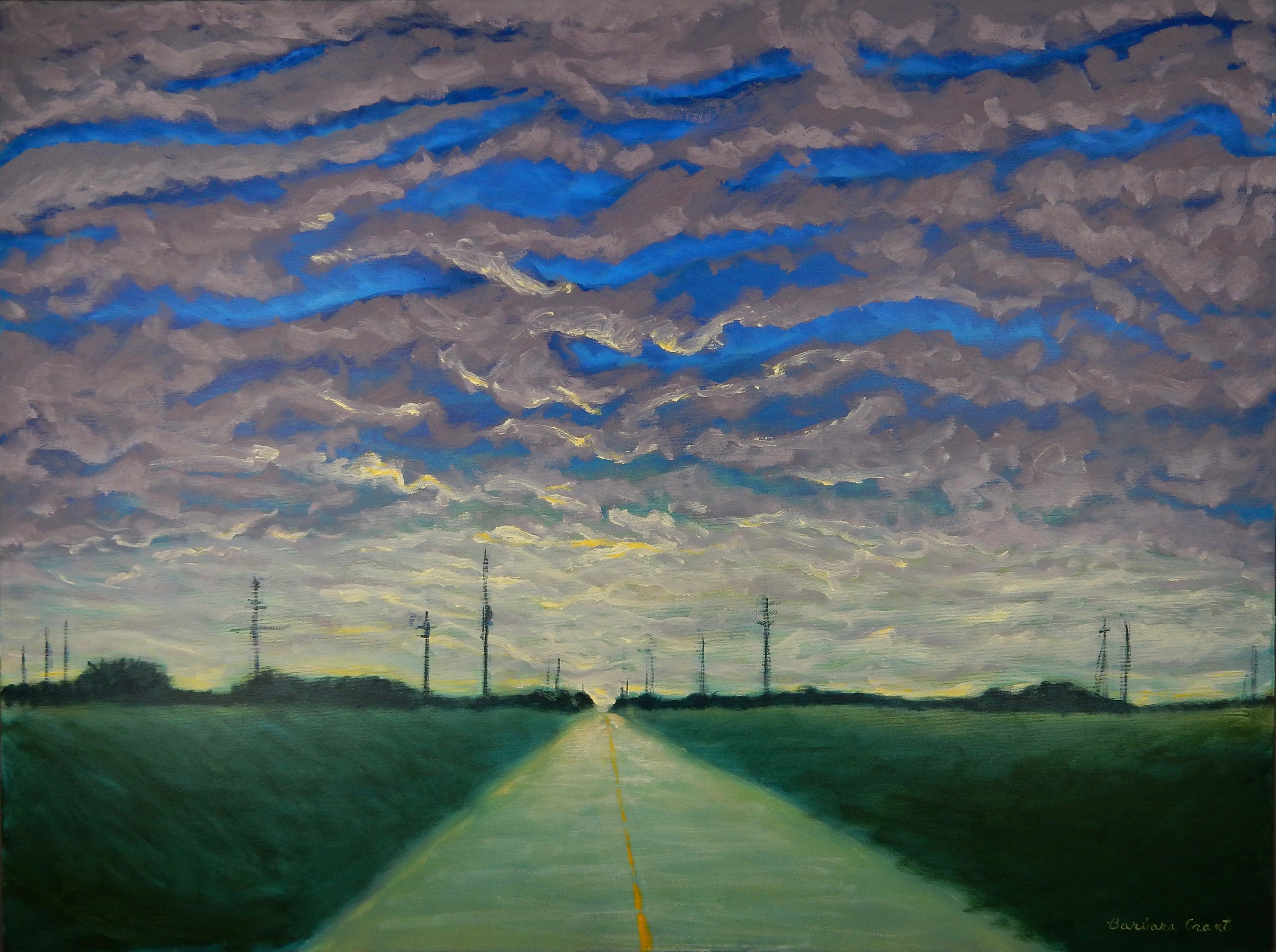 As she aged, it routinely came over her as a blanket of depression in the winter and lifted again in the spring. She died at the age of eighty-five from a sudden illness, and I was still processing my loss of her when I came across a poem by Adrienne Rich called Storm Warnings. I was especially moved by the last line: “This is our sole defense against the season; these are the things that we have learned to do who live in troubled regions.”

I wanted to create this series for quite some time and had been recording stormy skies with my camera, sometimes looking out across the lake or stopping along country roads. I selected scenes that spoke to me of the ominous feel of depression. This illness was passed on through my mother to some of my siblings; I am no stranger to the disease and it’s effects, and exploring it through my artwork has been helpful. 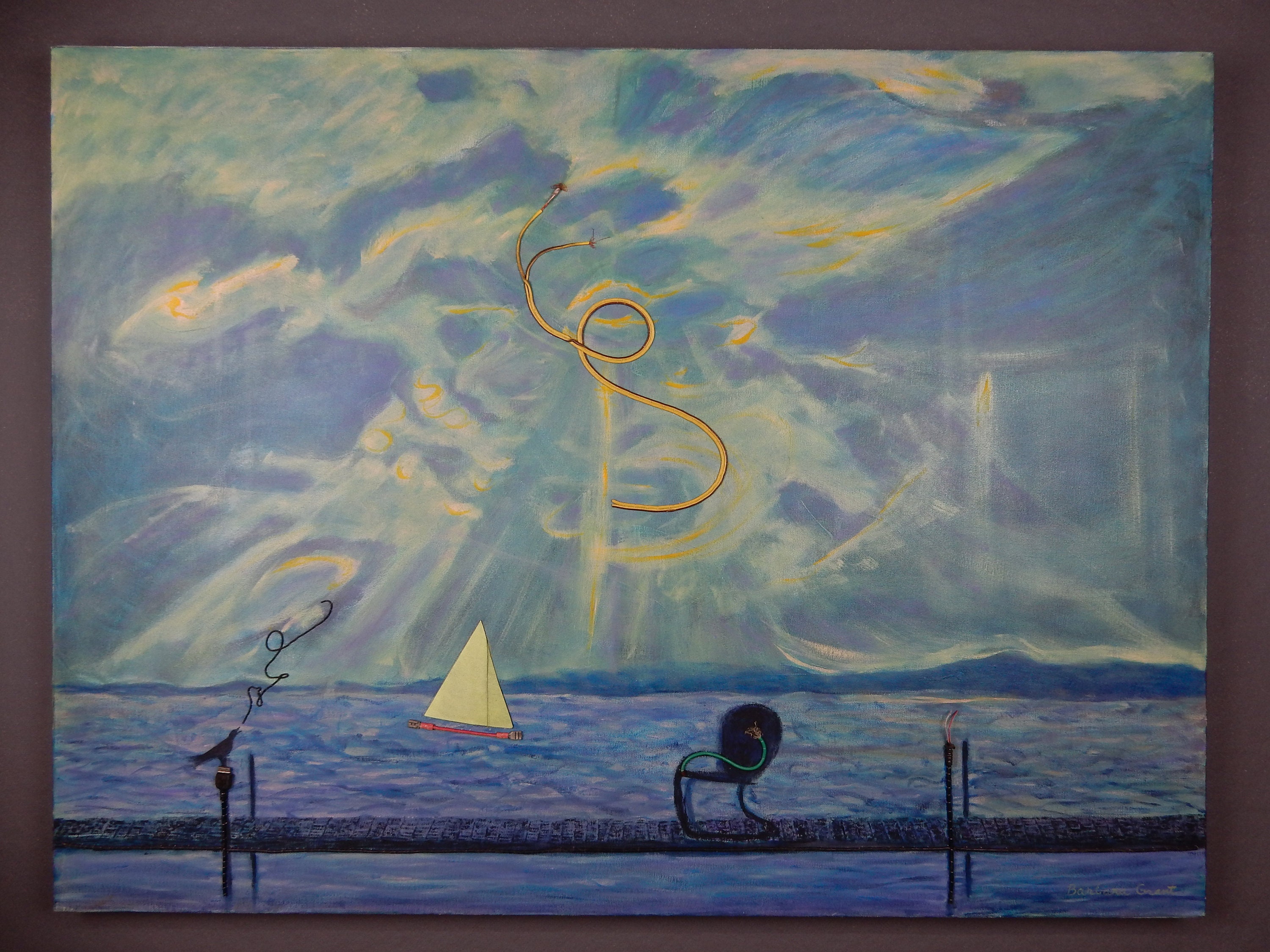 My younger brother, in particular, has struggled valiantly to hold himself together with the right balance of medication, therapy, and vigilantly keeping himself within a protected lifestyle. This is a full-time job for him, and my 6th painting in this series was completed with him in mind. My thoughts of him are symbolized by the lone chair on the dock looking out toward the turbulent sky. I told him so during his visit to my studio while I was working on it. He looked at this painting thoughtfully for a long time and then said he thought I had “nailed it”...the social isolation, the mental chaos with the relief of occasional calm peeking through.

I began the 7th piece with an under-painting of the cemetery where my mother is buried. The composition just wasn't working, so I painted over it with pale green and began again. This time I decided to include a figure. I have a stack of live studies sketched over the years and chose a drawing of a model in a downcast, fetal pose and put pressure from the stormy sky above her. The upside-down turtle shell near the woman suggests her courage to come out of her protective armor, but at the same time her nakedness reveals vulnerability in her fragile state of depression.

Living with stormy weather takes an enormous amount of courage.